Royal Weddings
The Secret Wedding that Upset the Kingmaker

Kings can't marry where they choose - at least, not easily, especially in a time when royal weddings were more tools of statecraft than private celebrations. When politics demanded alliances, marrying for the good of the realm was a task that usually came with the crown.

Breaking that rule and taking matters into his own hands didn't turn out too well for King Edward IV, the first of the Yorkist kings during the time that's commonly referred to as the Wars of the Roses.

Edward, just twenty when he won the English crown, was prime alliance material. He was good-looking, tall and blond, athletic and easy-going. And he was King of England.

No wonder the Earl of Warwick, Edward's cousin and one of his chief advisors, was hard at work to secure a suitable bride. And with England vulnerable to rebellion, an alliance with France was highly desirable to stop its support of the deposed Lancastrians.

Still, fate and Edward had other ideas. While out hunting in the forest of Whittlebury, the young king happened across a ravishing blonde and was fairly caught.

Not that the woman, Elizabeth Woodville, had had marriage in mind when she accosted the king. Recently widowed and treated unfairly by her in-laws, the story goes that Elizabeth meant to ask the kings help in restoring some of her lands.

Whether true or not, Edward took a shine to the young, beautiful widow.

She was a commoner, rather than a princess from a royal house. She was a widow with two sons of her own. She had neither political influence, nor great wealth. But none of that mattered to the young king. Edward was simply besotted.

So much so that he ignored all the rules and foreign marriage negotiations and married Elizabeth Woodville on 1st May 1464 in the village church at Grafton Regis, a small village in Northamptonshire where Elizabeth had grown up. As royal weddings go, this was a quiet one. And Edward had enough sense of self-preservation to keep the marriage secret until mid-September, when he finally introduced his new wife at a council at Reading. The new queen was stunningly beautiful, with long golden hair streaming down her back almost to her feet. I'm sure many of the men at the council could understand why the king had married her.

But understanding and acceptance are two very different things and the Earl of Warwick felt particularly aggrieved. Not only was it now obvious that his cousin kept secrets from him, but the unexpected marriage had also left the Earl looking rather foolish at the French court. And if there was one thing the Earl of Warwick could not abide, it was being made to look a fool.

And while Edward settled down to married bliss, the Earl of Warwick plotted rebellion: one that saw the king forced off his throne and into temporarily exile and that finally ended Warwick's life on a battlefield.

And Elizabeth? She certainly made a beautiful queen and gave her husband several children, including Elizabeth of York, wife to King Henry VII, and the two Princes in the Tower. But she was described as haughty, proud and overbearing and was never truly popular. And while she may have captivated her husband enough for him to drop ideas of suitable royal weddings and marry her in the face of fierce opposition, she also had to put up with his drinking and plenty of extra-marital affaires.

Return from the romance of King Edward IV and Elizabeth Woodville to the Royal Weddings page to learn about other royal couples. 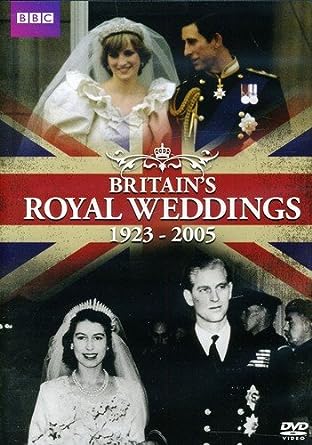