When I was younger, the Friar in this apple recipe's title was always Friar Tuck of Robin Hood fame. Somehow the idea appealed to my imagination and I could picture him sitting in the woods with a large pan of tasty, lemony pudding on his lap. All the ingredients - even the lemons! - were available in Robin Hood's England, but whether Friar Tuck would be able to acquire some is another matter, of course.

But if you want a tasty pudding that doesn't cost the earth or explodes your waistline, you should give this apple recipe a try. It's also very good for using up stale bread ... which seems to be when I dig the recipe out.

To feed a family of four comfortably (or two gluttons very comfortably) you need 4 large apples. I think Friar's Omelet is nicest made with sour Bramleys (cooking apples), but if you only have dessert ones that's not a disaster. Most of my apple recipes are very easy to make and Friar's Omelet is no exception.

Start by peeling and slicing the apples before stewing them with the butter, sugar, grated lemon rind and lemon juice.

When the apples are very tender, leave them to cool a little and then mix in the well-beaten egg. (Don't be impatient at this stage. If you don't let your apple mixture cool, you'll scramble the egg as you stir it in ... not what's intended, believe me!)

Next butter a shallow pie dish and place half the breadcrumbs in the bottom.

Pour the apple mixture on top and cover with the rest of the breadcrumbs.

Dot with butter and sprinkle with a little sugar if you like. Bake in a medium oven for 15 minutes or so until golden.

Serve with pouring cream or custard.

For more tasty apple recipes return from Friar's Omelet to the recipes page. 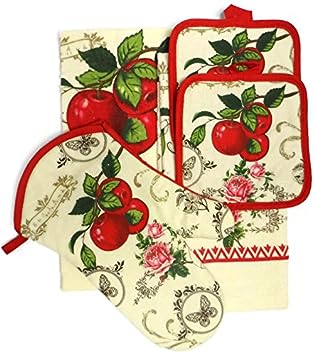