Have you ever looked at a crooked, medieval house and wondered how the inhabitants keep the dining table level?  Or if they bang their heads every time they move into another room?

I can't help but wonder about such things when wandering medieval streets. But I also admire the workmanship that went into creating these buildings that have survived for hundreds of years, the attention to detail that can still be seen in carvings and doors and old locks.  So when we found ourselves in Suffolk this year, the medieval wool town of Lavenham was high on my list of places to go and see.

The medieval wool town lies in the rolling countryside of South Suffolk, about five miles north-east of Sudbury.

With over 300 listed, timber-framed medieval buildings it's been a visitor's magnet for a long time, despite the fact that the last train stopped in the town in the 1960s and now the only way to Lavenham is by car or bus. Thoughtfully, the town council has provided lots of free parking! We stopped in the car park opposite the Parish Church, an ostentatious late-medieval construction, seemingly far too large for the little town whose inhabitants it served.

But folks were pious in those days and building a huge, gorgeously decorated church was an accepted way to show of their wealth and status. Inside, despite excessive decoration, the church is serene and the woodcarving is exquisite.

Turning left from the church yard you walk downhill, first encountering the sprawling Swan Inn, leaning crazily in several directions at once.

An inviting-looking hotel with a restaurant and bar, it also serves tasty lunches and proper English-style afternoon teas. Make sure to notice the crooked flooring, old beams and wonderful fireplace in the lobby! From the Swan Inn you follow the High Street past pubs, galleries, tea shops and wonderful little gift and clothes shops - many housed in the colourful, crooked and thatched buildings that Lavenham has long been famous for.

It's that lived-in feeling, the fact that the buildings are not just museum pieces, but in daily use, that makes this town so interesting to visit.

This wasn't always so, of course. In the Middle Ages, the town grew rich on the back of the wool and clothing trades, supplying broadcloth of a particularly shade of blue to customers across England and Europe.

If you wander the streets of this small town, it appears almost impossible that in 1524, Lavenham was the fourteenth wealthiest town in England, paying more in taxes than the cities of York or Lincoln, which were considerably larger. So with money to spare the cloth merchants celebrated their wealth by re-building the town. A larger, heavily decorated and ornamented Parish Church grew up in place of an older, smaller building. And the Guild Hall of Corpus Christi - built around 1530 and now managed as a museum by the National Trust - is one of the largest surviving buildings of its type in Europe.

Built from young, untreated timbers, the Guildhall is effectively a 'prefab' house. Preparing the timbers for the frame in a carpenter's yard would have taken several months, but erecting the frame on site could have taken as little as a week!

The roof was tiled. The walls were sealed with wattle and daub panels - a cross-weave of thin coppiced poles and laths - and thickly plastered with clay and straw. A thin coat of lime plaster later the building was finished.

And the dead cat? That was found in the roof of one of the nearby buildings. It's believed that our ancestors placed it there to protect the building from evil spirits! While the Guildhall was undoubtedly the most magnificent of the new buildings, the rich merchants did not stint themselves on their home comforts either. Their houses - many of them new - were the latest in style and luxury.

But within 50 years of this building spree, Lavenham's fortunes crumbled. Cheap Dutch imports swamped the markets. Business declined dramatically and with it the town's fabled wealth. Unable to afford the upkeep of the overly large timber-framed houses, the townspeople began to build smaller cottages, leaving the medieval buildings to decay or even actively pulling them down.

Almost nothing would be left of the medieval town for us to admire, if Lavenham's lord of the manor had not stepped in. Horrified by what he saw as the destruction of his property, he took the townspeople to court to stop them from pulling down the old houses.

We have to thank him for what's now one of the best preserved examples of medieval architecture in Europe. But the townspeople did have a point! Living in a medieval house is not as convenient as we might imagine today. Electricity, gas or heating do not come as standard - and neither does running water!

Fifty years ago - well into the modern age in most people's thinking - many of the houses in the market square had no electricity and water had to be fetched from the village pump.

Despite this, some of the businesses in the town have been there for hundreds of years. Sparling & Faies, the market square bakery, has produced bread in this place since the 17th century.  DH Newman has been a butcher's shop since 1828 and still makes the highly-prized Lavenham Sausage, as well as selling a large variety of other traditional sausages.

And despite some of their shortcomings, the medieval houses are highly sought after properties. Some are lived in, others are used as business premises, but each one is a bit of history, made special by its survival.

Make sure you check them out during your visit, be it the baker's, a tea shop or a gallery. The town also hosts many other events during the year. While we were there we saw adverts for concerts, theatre performances and lectures.

Schools often use the Guildhall for living history displays, so don't be surprised if you meet a group of children dressed in 16th century costume! It all adds to the special flavour of the town.

Are You Planning to Visit Suffolk?

Suffolk is a tranquil county and a treasure trove of history to boot. Many treasures have been lost to the sea - a whole Roman town amongst them - but equally much remains and is worth exploring. Holiday cottages in Suffolk make a great base. You can easily reach the market town of Beccles with restaurants and antique shops, and the seaside resorts of Lowestoft, Southwold, Walberswick and Aldeburgh are close. Dunwich Heath and Dunwich Forest are ideal if you like to walk or ride. And the tiny, quiet lanes in this part of Suffolk are wonderful for cycling. 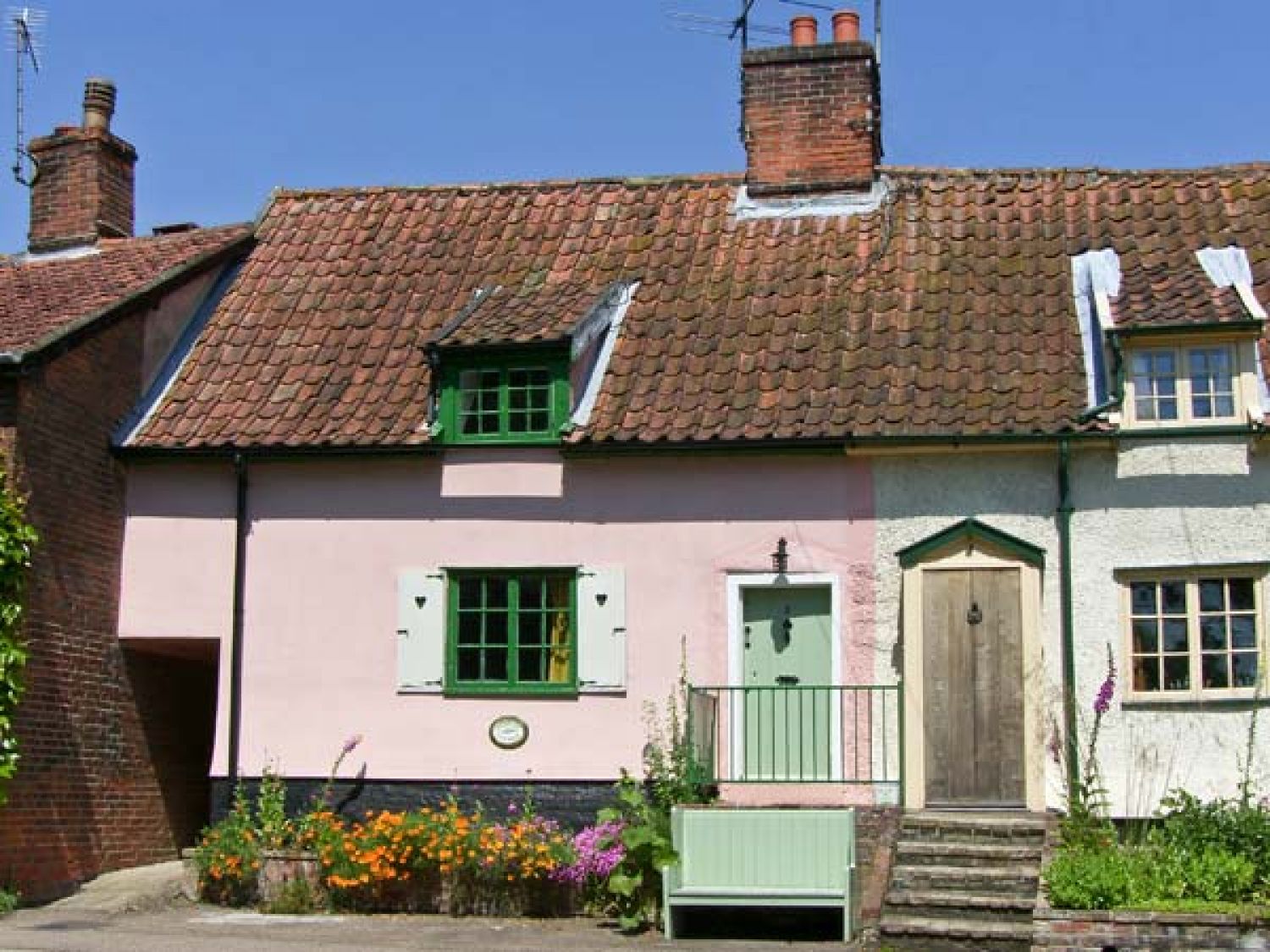 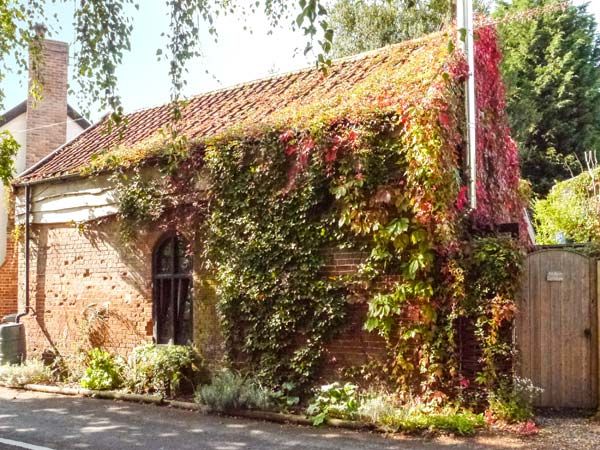 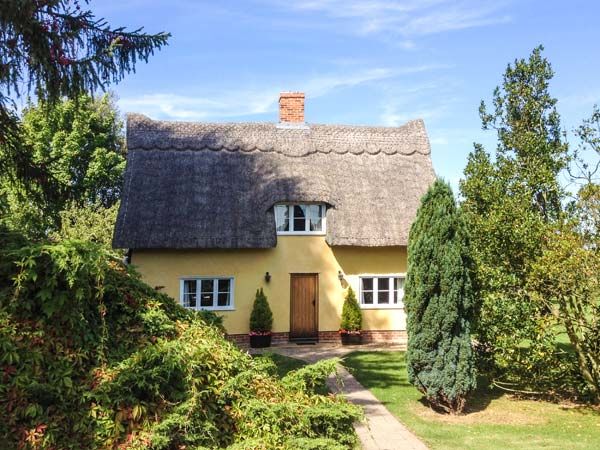 Here are a few attractions that should make it onto your must-see list when you're staying in one of the many wonderful holiday cottages in Suffolk.

In addition to all the history, the Marshes at Walberswick and the Minsmere bird sanctuary are great for birdwatching and don't forget to visit Southwold, a quintessentially English seaside town complete with colourful beach huts, a lovely restored pier and some of the best fish and seafood you'll find anywhere.

And anyone interested in Suffolk's vanishing history will no doubt visit Covehithe and Dunwich.


Ready to learn more about England?
Return to the Suffolk page.