Traditions are comforting things. But when it comes to Christmas food, traditions can be rather daunting ... at the very least for the reluctant cook. For one, you'll be cooking for a crowd. Then, there are usually many more than the two or three dishes we're used to preparing at once.

In many families, the traditional Christmas festivities have just so many recipes - a whole turkey with all the trimmings, Christmas pudding, mince pies, yule log - that are dug out only once a year, which often makes them seem trickier than they really are.

December is often a very hectic time, with all the shopping and entertaining, so cooking Christmas food turns into just another chore to be dreaded. And that is a real shame, because Christmas is a family affair. And what's more fun than sitting down to enjoy good food in good company?

So here's my little survival guide to some of the Christmas foods most of us cook (or buy) only once a year. And if you really can't face making pies, butters, puddings and sauces ... I've found you some really tasty ready-made alternatives, too.

Most often, this is turkey - but roast goose or duck are also very traditional Christmas food choices. They're not nearly as huge and make a nice change. If you must cook a whole bird - and there's no shame in making use of your local butcher and going for a crown - check the size of your oven before you buy the turkey. Keep in mind that you need space to roast potatoes, chipolatas and stuffing, too.

If you buy your turkey frozen, make sure you allow enough time to defrost it thoroughly before you start cooking it. And - of course - remember to take out the bag of giblets before the bird goes in the oven... If you're in the sprouts are evil brigade, then these may try your patience severely come Christmas morning. But it's really not so bad, as long as you keep the green bullets well away from water. Get the kids to help peel them ... offer a reward for the one who does the most, that usually helps.

Personally, I love sprouts. In so many incarnations that I've added a list of Brussels Sprouts recipes to the site, so you can try your hand at concocting something besides green slush. Sprouts with chestnuts are often served alongside the turkey, but you could also do this:

Brown some chopped bacon (or even the fancy pre-chopped pancetta), tip in the sprouts and turn them around until they're bright green. That will only take a minute or two. Then add the juice of one lemon, 1 tablespoon of Marigold bouillon mix (or a crumbled stock cube) and a tiny splash of water or white wine. No more than a couple of tablespoons. Turn the heat down, clap on the lid and leave to sweat until the liquid is gone and the sprouts are soft. Ten minutes or so does it for me.

Christmas pudding seems the traditional Christmas food choice, but many people tell me they find it too rich and much rather choose a lighter option. Lighter on what I may ask? If you have time, skill and the inclination, then you can make your own Christmas puddings. Then they'll taste just as you like them best ... 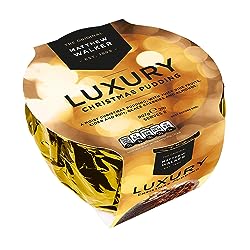 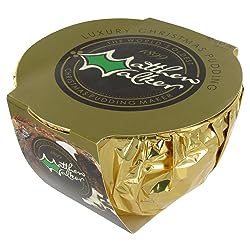 Matthew Walker
The Pudding no 13 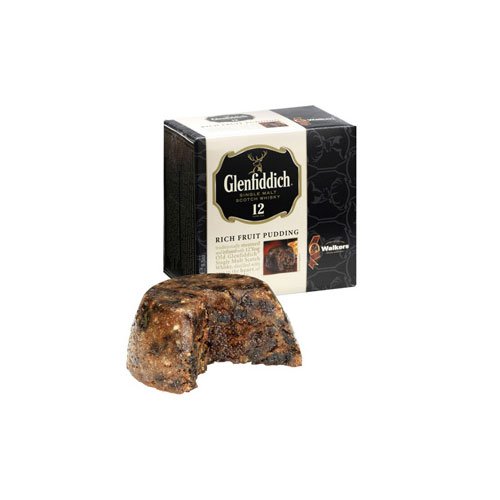 Alternatively, treat yourself and your family to these traditional puddings from Matthew Walker. They're very popular with customers, well reviewed and imported into the US.

If Christmas pudding is not really your thing, then you can serve any number of tasty surprises at the end of the meal. Trifle is popular, as are many variations on ice cream. But for many people, steamed puddings are almost a must ... maybe that's due to their comforting nature. Sticky toffee pudding, steamed ginger sponge or plum pudding are all great choices.

Christmas is often about too much food, but in a way that's really unfair. We make more of an effort to meet up with friends and family, and what would a cheerful gathering be without Christmas food and drink?

Christmas cake is obviously high on everyone's list. But - as with many traditional recipes - it takes a while to get ready. I like to serve orange marmalade cake, which is quick and easy to make, but adds a real festive feel to proceedings and goes lovely with tea and mince pies. If you're a chocoholic - and I don't know many people who are not - then you might want to try making a chocolate yule log. You can always get the kids to help decorate ... 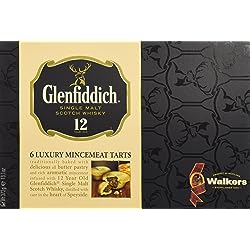 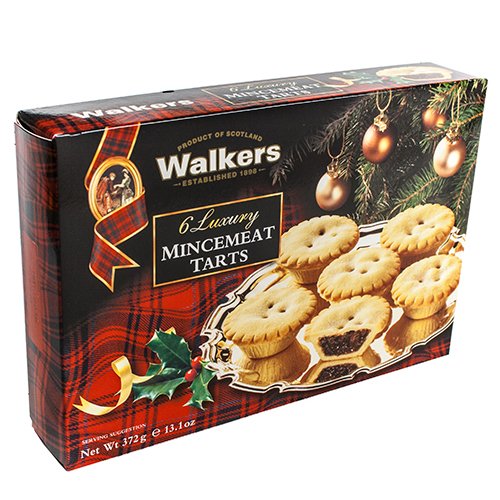 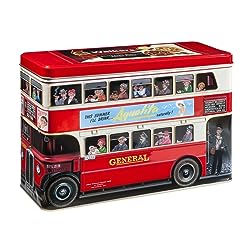 But even with all that preparation, you may still get caught out by unexpected guests, be they carol singers, the local vicar or your long lost cousin from the Antipodes. For such eventualities, it helps to have a few boxes of tasty mince pies and boxes of biscuits stashed away at the back of the cupboard. So - like the boy scouts - you're always prepared.

Christmas food isn't just about the big things - the turkey, and pudding and mince pies. What makes Christmas food so special are the flavoured butters and sauces. The pickles and chutneys we serve with the cold cuts. Many of them are so central to Christmas, that we don't make or buy them at any other time of the year. When was the last time outside of Christmas that made mincemeat or bread sauce? Have you ever tried your hand a making Cumberland Sauce or even cranberry sauce or do you tend to buy them ready-made?

And do you ever run out of pickles and chutney in the week between Christmas and New Year however much you've bought or made to begin with? I do. Even though I'm usually very good at making my own. I love pickles and chutneys of all kinds and tend to nose round gift shops and garden centres to see if I can find any unusual combinations. So Worcestershire Sauce and Gentleman's Relish were quite well-known, but Lancashire Sauce was a new one for me. It's very good with cold meat in sandwiches and great added to casseroles. 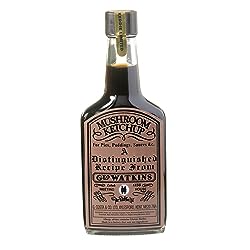 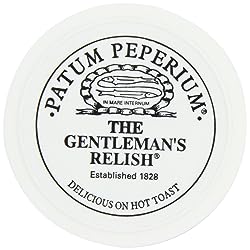 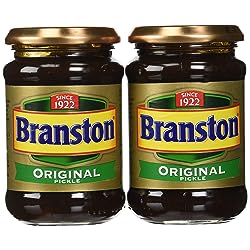 Hopefully, my short list of essential Christmas foods will keep you out of trouble over the festivities. I'll keep adding to them as I find them, and if you have a special favourite you hunt up every year - why not share it with us? We might like it, too!

If you like to know more about Christmas food, then please go to the recipes page.