Mince Pies
The Essence of Christmas

Mince Pies - buttery, crumbly pastry shells filled with a mix of dried fruit and spices - have been known to English cooks since the Middle Ages and have played a part in the Christmas festivities since then.

Originally, the pies did indeed contain 'mince', i.e. ground lamb or pork, flavoured with the cinnamon, allspice, orange peel and cloves that are so familiar to us.

It is strange to think that something as innocent as pastry filled with dried fruit should be able to cause controversy in England, but then, one should never discount the Puritans. During the English Civil War, Cromwell is said to have introduced a law banning mince pies at Christmas. The reason given was that ingredients were pagan in origin and therefore not suited to a Christian country!

Whether this really happened, and whatever the true reason - maybe Cromwell liked them as little as I do and thought he'd do something about it - after the restoration of the monarchy many of Cromwell's laws passed into obscurity. Including this one. So it is perfectly legal to enjoy your mince pie at Christmas, or at any other time that fancy takes you. 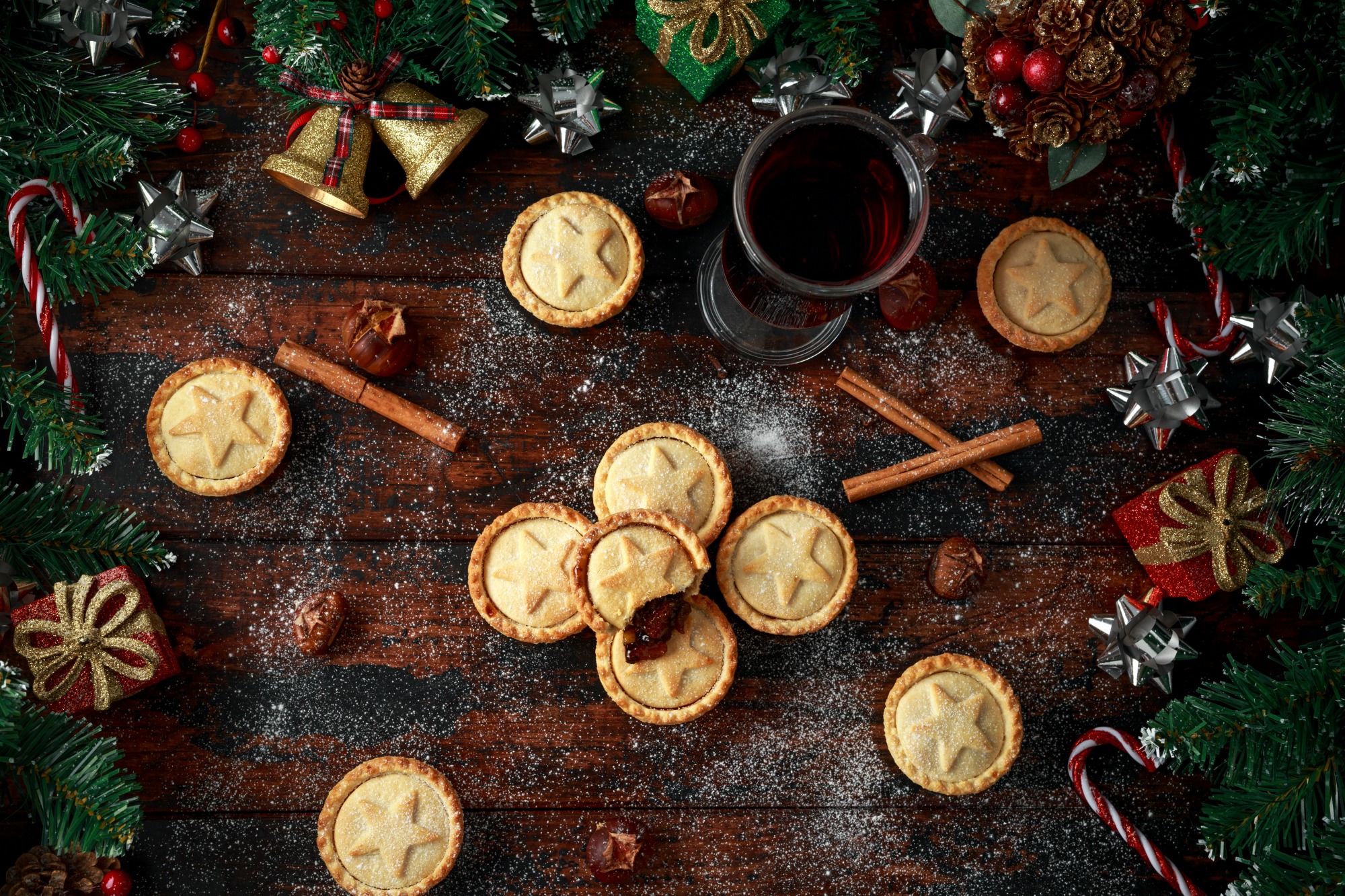 Mince pies stand and fall with their tasty filling. And not all mincemeats were created equal. Their taste can vary between heavy, very sweet, spicy, and too spicy.

This last one I've come across only once. It was so heavily flavoured with cloves that it reminded me of a trip to the dentist. Not the kind of thing to be thinking about just before Christmas!

I like my mincemeat fruity and spicy rather than cloyingly sweet, and fat-free rather than heavy. Try a selection and decide for yourself.

Better still, make your own. Mincemeat is usually better if it has time to mature for a while, so it can be made well in advance, before all the other pre-Christmas jobs eat up your spare time. You can find two mincemeat recipes - a very traditional one from Mrs Beeton and a lighter, fat-free version from Rose Elliot - on this page.

I prefer my pies in buttery, crumbly shortcrust pastry, but have come across a few flaky pastry versions over the years - including a marvellous cake made from layers of crisp filo pastry filled with mincemeat. Served with cinnamon ice cream, that one was quite spectacular.

For the pastry, rub together:

until the mixture resembles fine breadcrumbs.

Add a pinch of salt and bind with an egg yolk. If too dry, add a tablespoon of water.

Knead briefly, then wrap in plastic film and chill for half an hour in the main part of the fridge.

To bake your mince pies, you will need a non-stick muffin / cupcake baking tray like one of these: 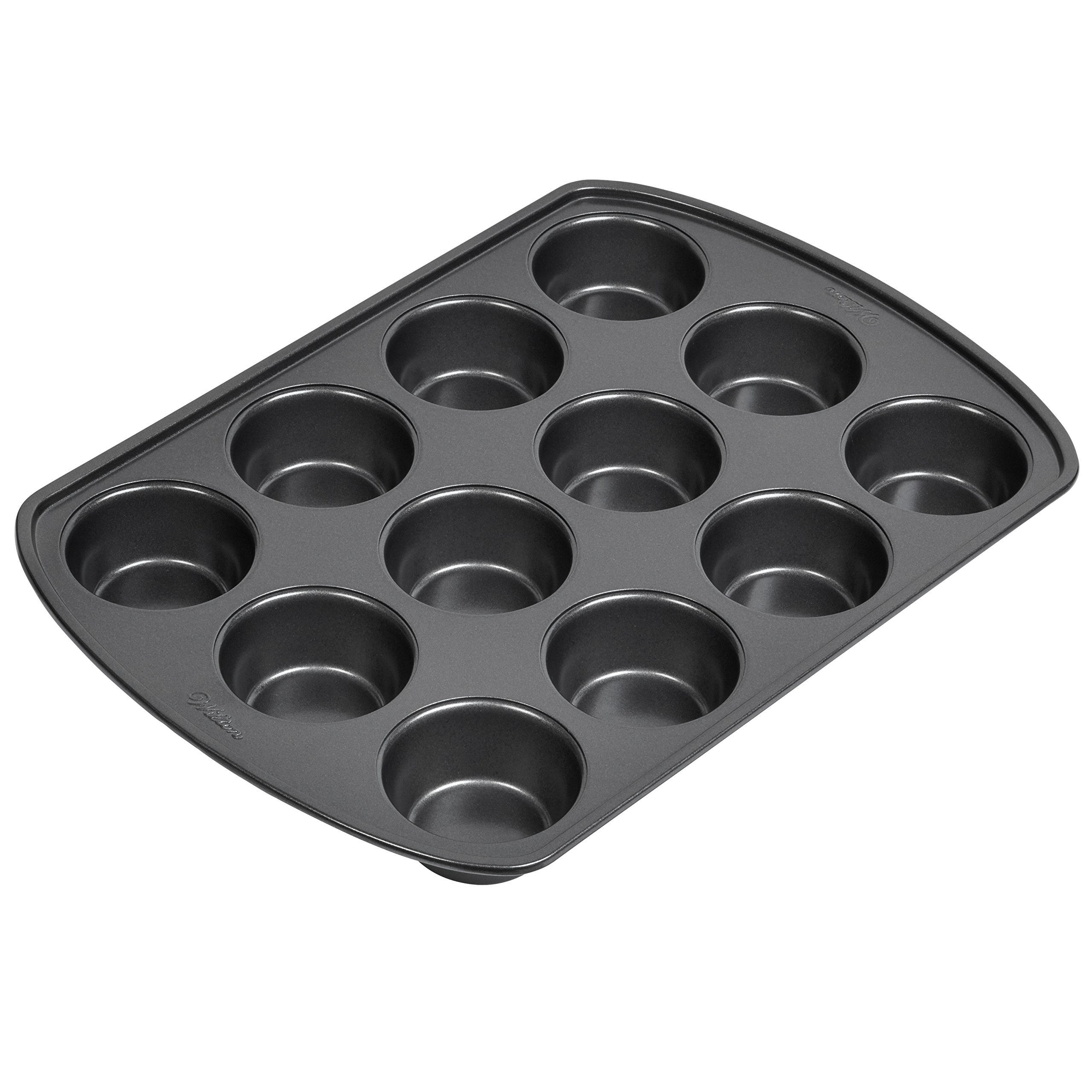 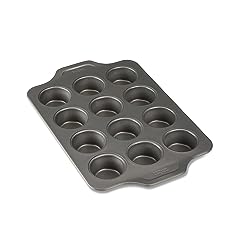 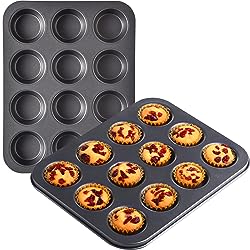 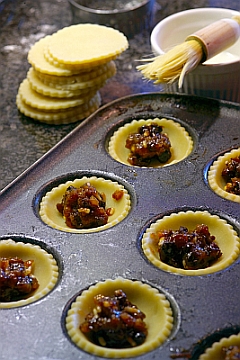 Once your pastry is rested, you can proceed to the fun part of the enterprise.

Add a teaspoon full of mincemeat to each pastry-lined cup, before covering the filling with another pastry circle or cut star shapes for the top.

Press the tops down gently, make a steam hole if you've covered your filling completely, and bake in the oven for about 20 minutes or until the pies are golden.

Cool in the tin, before dusting with fine icing sugar.

Not sure what to serve with your mince pies?
Check the recipe section for more ideas.