When the Romans conquered England in 55 B.C. they found an orderly civilisation and well-tended villages, but no kings. The ancient Britons lived in clans, governed by chieftains until the invading Romans imposed their own brand of government.

The power vacuum left by the retreat of the Romans in 410 was eventually filled by the Anglo-Saxons, immigrants from the German lowlands, of which the Angles, Jutes and Saxons were the most prominent.

The newcomers pushed the native Britons into the far west of the islands and towards the north, beyond Hadrian's Wall, taking most of the land for themselves.

In their homeland these Germanic peoples knew no kings, but - once in England - they evolved the concept of elective overlordship, choosing the strongest warriors as their English monarchs, to defend their new realms against other invaders, such as the Danes and Vikings. They also brought their own language, Old English and in time, Britannia became the land of the Angles, England. 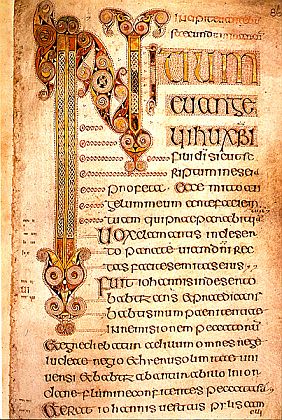 But while the islands now had a new name, there was as yet no single King of England. Seven sub-kingdoms - Essex, Kent, Sussex, Wessex, Mercia, East Anglia and Northumberland - had been formed by the newcomers, and their fortunes rose and fell often with the skill and determination of their rulers.

In the beginning, Northumberland and Kent, centres of the new Christian beliefs in England, were influential in English politics, their leaders revered and respected English monarchs.

Later, around 800 AD, Mercia rose to prominence under Offa, who even married one of his daughters into the family of the Emperor Charlemagne.

Later still, the royal house of Wessex emerged triumphant and it is a Wessex king, Edmund, who is regarded as one of the first English monarchs, the first who claims the title of King of all England.

At the turn of the first millennium, England had one of the most sophisticated monarchies in Europe, yet there were no fixed rules for the succession and the death of a sovereign often led to a period of unrest and infighting.

This weakened the country, turning it into a target for power and land-hungry usurpers. And while the threat of invasions by the Danes and Vikings first helped to unite the country under a single ruler, later the 'family feud' between the royal house and the earls of Wessex appears to have contributed directly to the Norman conquest which followed.

The Anglo-Saxon Kings of England

Return from the Anglo-Saxon Kings of England to the English monarchs page to explore other time periods.