Remote and mysterious, Northumberland is borderland. Situated between the spine of England, the North Sea and the land of the Scots it has been fought over by Picts, Scots, Romans, Angles, Saxons, Vikings, English and Normans.

Once a powerful kingdom in its own right, it was the cradle of Christianity in England.

It has its own language, a strong musical tradition, and many old ways and customs that have survived the march of time.

It also has a pace of life slower than the rush of the cities. You come to Northumberland to slow down, to relax and unwind, to walk on tiny rambling country lanes, to explore empty, windswept beaches, to be seduced by the peace and the amazing light.

If I could settle in any one county in England, I would come here. The place weaves a potent spell and I fell under it on my first visit. To me, Northumberland is the county of amazing light and amazing peace, where history is as remote as the landscape and very close all the same.

But don't take my word for it. Come on a visit and see for yourself. To the visitor with a mind to explore Northumberland has much to offer: 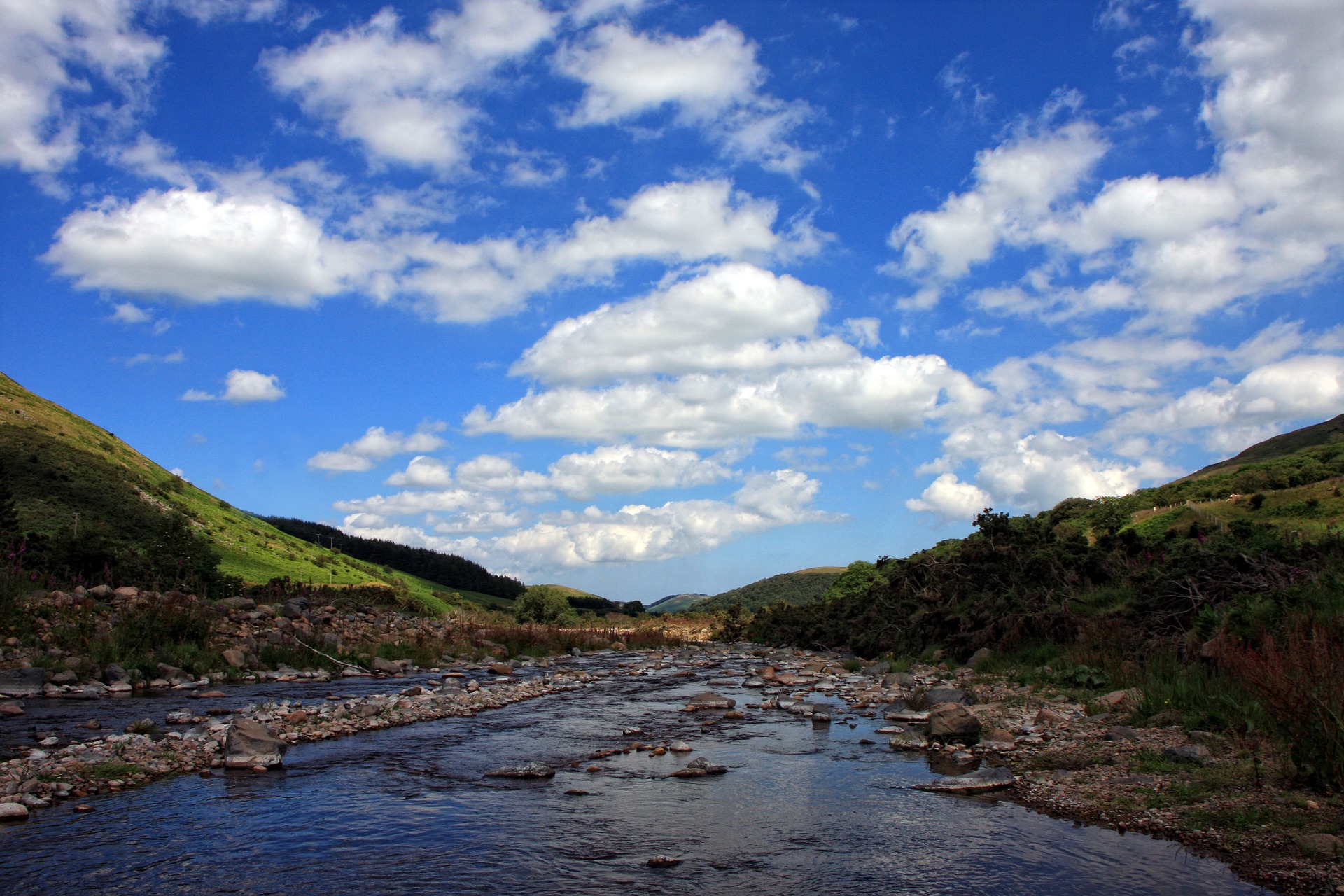 Geologically, Northumberland is old. 380 million years ago, the Cheviot Massif was part of an active volcano. The Pennines, assembled from layers of Carboniferous limestones, sandstones, shale and gritstone are only slightly younger.

While once you may have seen jagged peaks, only recently pushed from the earth, now you merely find wide valleys gauged by torrents of water and round hills smoothed by mighty glaciers.

It's ideal country for walking. Every twist in the path opens another stunning view and hard uphill sections are relieved by gentle strolls along the riverbank.

Just don't be surprised if the only person you meet along your lonely walk is a fisherman. The county's fast flowing rivers offer some of the best salmon and trout fishing in England.

Two thousand years ago, Northumberland was Rome's north-west frontier. Life here, on the very outskirts of the Roman Empire, was harsh - but not so harsh as one might imagine. 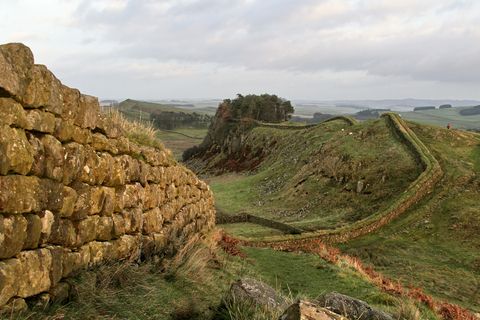 Archaeological finds from the fort of Vindolanda tell us that Roman soldiers kept laundry lists just as most of us do nowadays. And the Roman commander's wife even sent out written invitations in preparation for her birthday party!

The Romans had arrived in Northumberland in AD80. They built a supply base in Corbridge, before moving north in their attempt to subdue all of Britain. Yet despite victories as far north as Inverness, the legions failed to hold the North and eventually established a permanent border across the narrowest part of England.

Hadrian's Wall, as it became known, stretches over 70 miles from Bowness-on-Solway to Wallsend at the mouth of the Tyne. 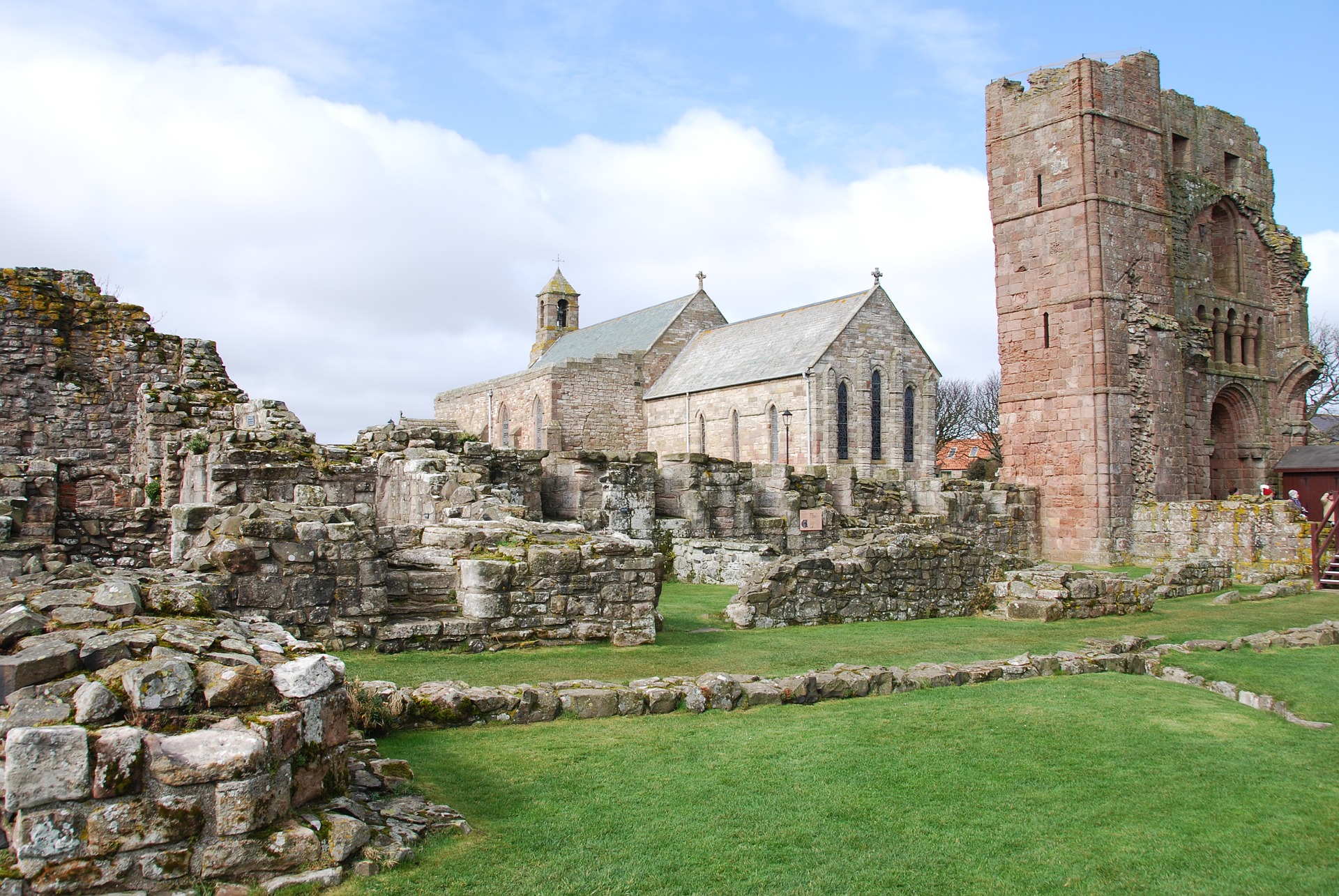 Along with the county of Kent, where St Augustine began to spread the word of Christ in 601, Northumberland was one of the major centres of early Christianity in England.

In AD627 Paulinus, one of Augustine's companions, baptised many Northumbrians in the river Glen, west of Wooler. But future missionaries were not to come from Rome, but from the Celtic mission on Iona.

Aidan, created Bishop of Northumberland in 635, founded a monastery at Lindisfarne - one of the foremost centres of Christian learning in pre-Norman England. Cut off from the mainland twice daily by the tide, approachable only via a causeway - Lindisfarne fulfilled the early monk's desire for remoteness and solitude. But it was still not remote enough for St Cuthbert, who retreated to a tiny cell on one of the Farne Islands to practise his faith.

Otherworldly St Cuthbert may have been, but his bishopric left us one of the great treasures of early Christian England: the magnificently illuminated manuscript of the Lindisfarne Gospels, written apparently "for God and St Cuthbert"

Others followed in the footsteps of learning, most notably the Venerable Bede, who became the greatest scholar of his time. He produced books on history, theology, grammar, poetry and natural science from his cell in the monastery of Jarrow. His Ecclesiastical History of the English People is still read today.

But over time, strife came to the peaceful seats of learning. Political strife, when Roman church and Celtic church strove for supremacy, and military strife, when waves of Vikings began to harry the coast of England.

Much that was precious was destroyed or lost, but enough remains to show Northumberland's importance as a beacon of faith in those troubled times.

As you travel through Northumberland you cannot help but notice the abundance of castles and fortifications ranging in age from prehistoric hill forts to Berwick-upon-Tweed's Elizabethan ramparts. By turns proud, brooding or even menacing, these hint at the centuries of strife that have ravaged this remote and beautiful part of England.

After the retreat of the Romans, the land was settled by Angles and Saxons who guarded the river Tweed against the northern Scots and built the mighty Kingdom of Bernicia.

Fortifications played a role even then, but we owe most of the proud Northumbrian castles to the Normans. the years after the Norman conquest they build castles at Bamburgh, Durham, Warkworth, Alnwick, Wark, Norham, Elsdon and Harbottle. While some of these now stand in ruins, Alnwick Castle has survived as seat of the Dukes of Northumberland.

The continued wars against the Scots kingdom to the north lead to more castles being built throughout the Middle Ages. The most famous of those are Dunstanburgh Castle - one of the most photographed sites in all England - Berwick Castle, which changed hands 13 times, and Barnard Castle, forever associated with Richard III and the Wars of the Roses.

Pele towers, bastel houses and fortified farms are still part of the Northumbrian landscape. They lend a feel of romance and adventure to the stunning landscape, but also attest to the vulnerability that the Northumbrians must have felt, caught forever in the cross-fire between English and Scottish ambitions. Not until after James VI of Scotland acceded to the English throne and united the two countries did peace return once more to the north.

Situated between the mountains to the west and the North Sea to the east, Northumberland has always been a land of two parts, a kingdom of farmers and fishers. Their lives, traditions, language, music and produce contribute equally to Northumberland's unique heritage, which is celebrated throughout the year. 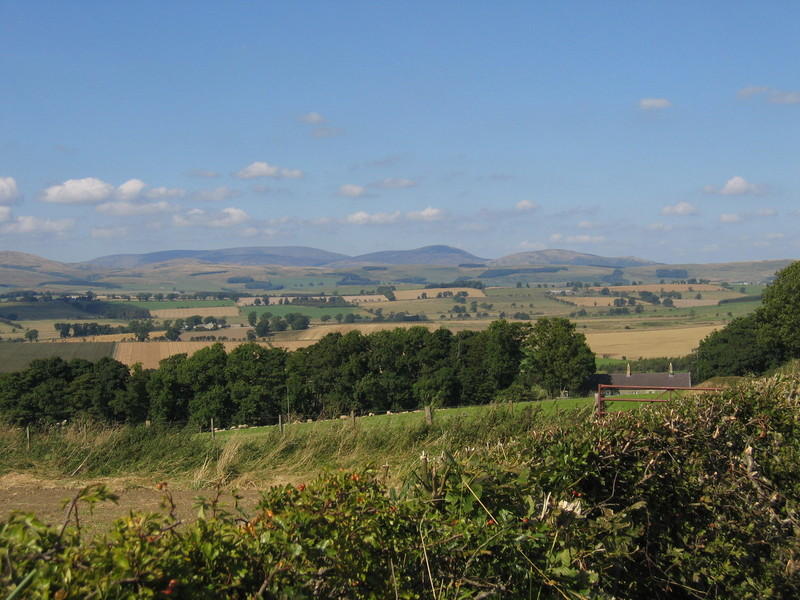 This is a coast of long silvery beaches, colourful fishing villages and busy ports. Already famous for producing kippers, oysters, mead, cheese and honey, the county now welcomes many visitors who come to admire the wildlife this coast so abundantly offers.

Once the refuge of St Cuthbert, the Farne Islands are home to seals and sea birds. And boat trips go out almost daily from the port of Seahouses to visit the colonies.

Whatever your tastes and hobbies, be they history, music, fishing, hiking, cycling, or simply relaxing, this county will welcome you. Explore its market towns and villages, its castles and ports, its hills and beaches, its history and music, its produce and crafts. Come and leave your own footprints.

If you want to know more, you might find the following pages useful.

Or return to our home page.