Royal Albert bone china from England is the world's most popular bone china. It is easily recognised by its beautiful floral designs and has collected a devoted following around the world.

Royal Albert china dates back to 1896, when Thomas Wild of T.C Wild & Sons moved his china production to the Albert China Works in Stoke-on-Trent.

The factory was not named after Queen Victoria's consort, as is often assumed, but for the prince who later became King George VI - the father of Queen Elizabeth II.

Back in 1897, the company made its mark - and impressed a queen of England - by producing pieces to commemorate Queen Victoria's Diamond Jubilee.

It still produces figurine, brooches and plaques today and its most recent collection was designed to celebrate the 100th anniversary of the Royal Albert marque itself.

It was not until 1962 that Royal Albert's most famous design was introduced: Old Country Roses, inspired by English roses at the height of summer.

Beautiful sweeping lines are enhanced by wonderfully drawn red and golden blooms. The charming design immediately became a firm favourite with customers and is still to be found on dining and tea tables the world over. 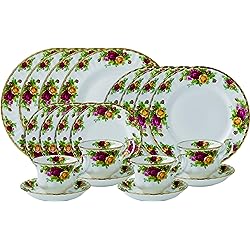 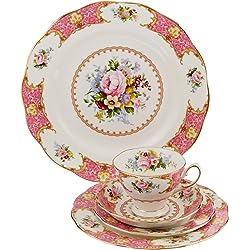 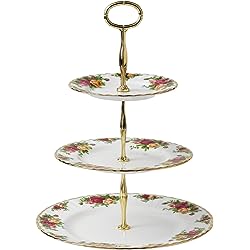 Yet throughout the years, Old Country Roses has remained the best-selling Royal Albert bone china design, and it is easy to see why. It's timeless elegance adds charm to any dinnertable. 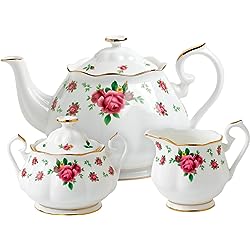 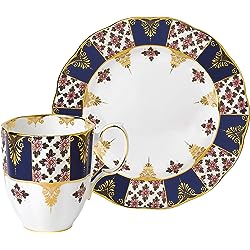 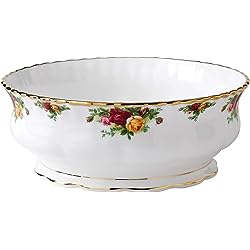 Royal Albert Bone China is particularly popular in the USA and Canada, especially tea and dinner sets. While in the UK, we seem to be more intent on collecting plates and individual pieces. Maybe we had the tea and dinner sets handed down to us by our mums ...

And if English china is your passion, check out the following pages: