For a ruin, this English castle has real presence. It sits on a hillside, overlooking the rolling Somerset countryside and the feeling of peace and tranquillity it exudes recalls its past as a stately home rather than a heavily defended stronghold.

Farleigh Hungerford Castle was home to the Hungerford family for over 300 years and even though the last Hungerford - called 'the spendthrift' - sold the castle in the 1680s, the Hungerfords have left their mark on the castle ... along with stories, myths and the tombs in the family vault, of course.

The first Hungerford to live here was Thomas Hungerford, the first Speaker of the House of Commons, who bought the house in 1370. 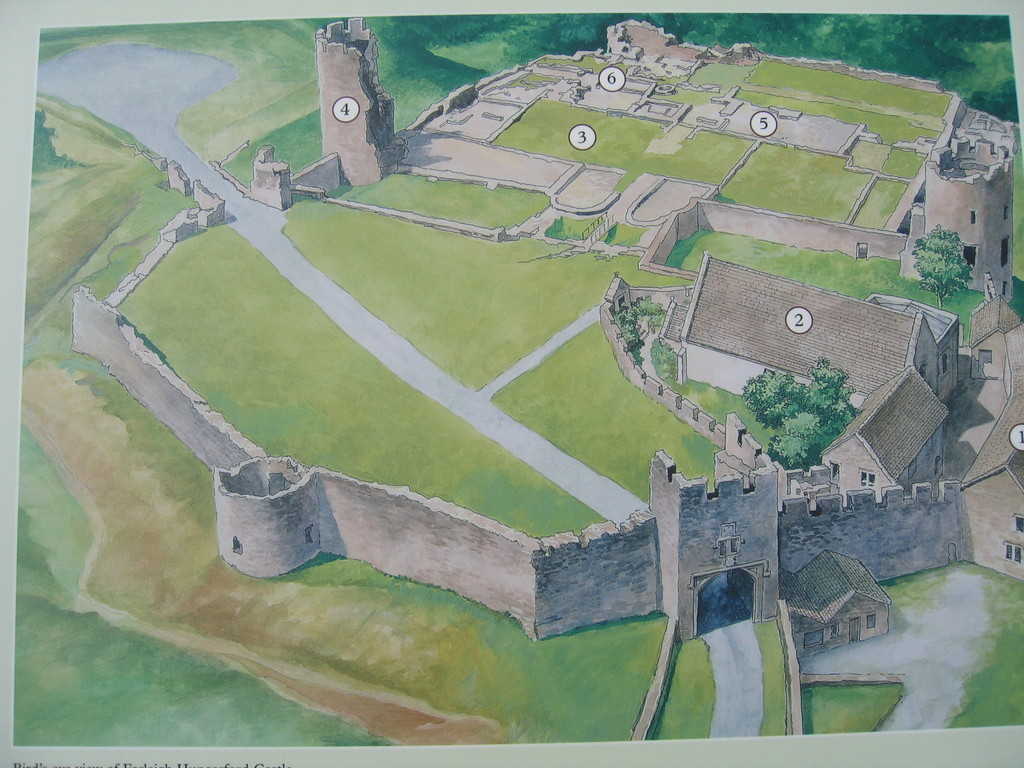 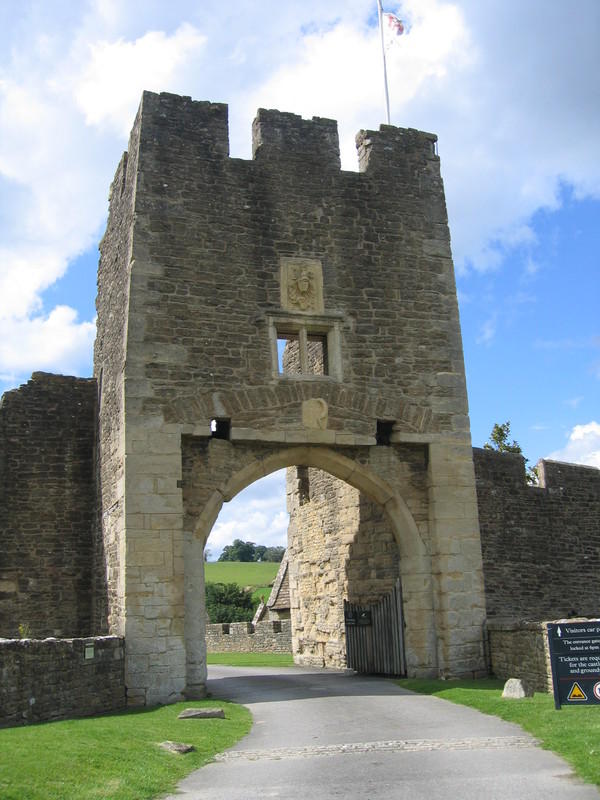 At the time, it was less of a castle and more of a manor house. But Thomas Hungerford had ambitions, and he was in favour with the king, so he turned the simple manor house into a castle, with towers at each corner, a surrounding wall, gatehouse and moat.

At a time when nobody was allowed to fortify their house without express permission from the king, Thomas seemed very slapdash in his approach. But he'd calculated right - and when his lapse became known he got away with a fine.

His son Walter, 1st Baron Hungerford, extended the castle even further - turning into a grand country mansion - and even included the local parish church as the castle's chapel.

Later Hungerfords were not so astute - and much less lucky. Two of them chose to support the Lancastrian cause during the Wars of the Roses and were executed by the Yorkist King Edward IV for their efforts.

For at time, the castle was held by Richard, Duke of Gloucester, who later took the crown as King Richard III.

Once Richard III had died at the Battle of Bosworth, Farleigh Hungerford Castle was returned to the Hungerford family by King Henry VII.

But the Hungerfords had but little time to enjoy their stately home. Sir Edward Hungerford managed to annoy King Henry VIII - never a healthy thing - and was beheaded. 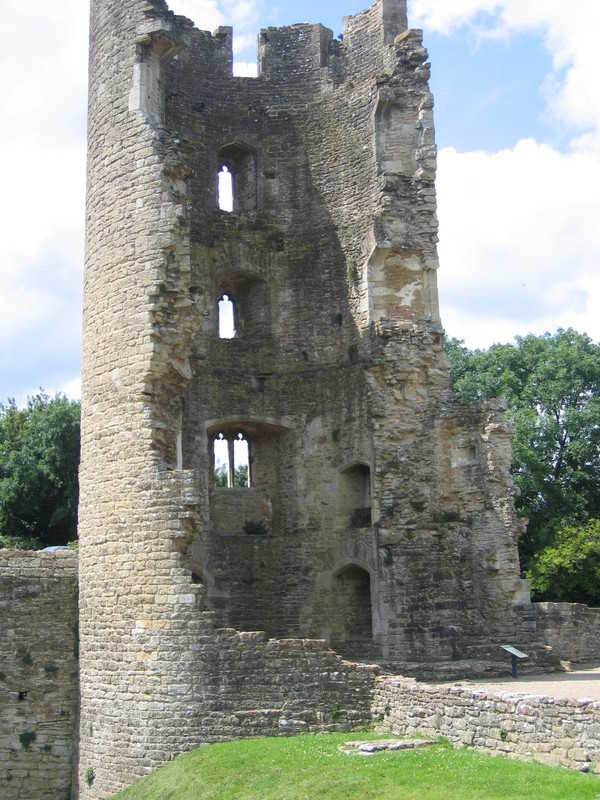 One of the Hungerfords was apparently considered such a good catch that Agnes, the wife of his steward, conspired with a couple of henchmen to murder her husband, so she could marry Sir Edward.

The stories have it that she carried out her dastardly plot, and burned her husband's body in the castle bread oven ...

Sir Edward duly married her - murderess or not - and protected her throughout his life. But when he died, his wife and her two accomplices were accused of murder, tried, taken to Tyburn and hanged.

The castle went to Sir Edward's son by his first wife, but Sir Walter Hungerford wasn't the most innocent of characters, either. Apparently he kept his third wife, Elizabeth, prisoner in one of the castle's towers for several years. Not as adept at murder as his stepmother, he never succeeded at poisoning her.

So while Farleigh Hungerford Castle has seen very little in the way of warfare, it has a thoroughly engrossing history. And even though the castle is ruined, there is much left to explore. English Heritage, who care for the ruined castle, now provide free audio guides at many of its properties. At Farleigh Hungerford they direct you to the Lady Tower where Sir Walter - allegedly - imprisoned his wife, and to the remains of the bake oven that played such a pivotal role in the murder of Agnes Hungerford's first husband. 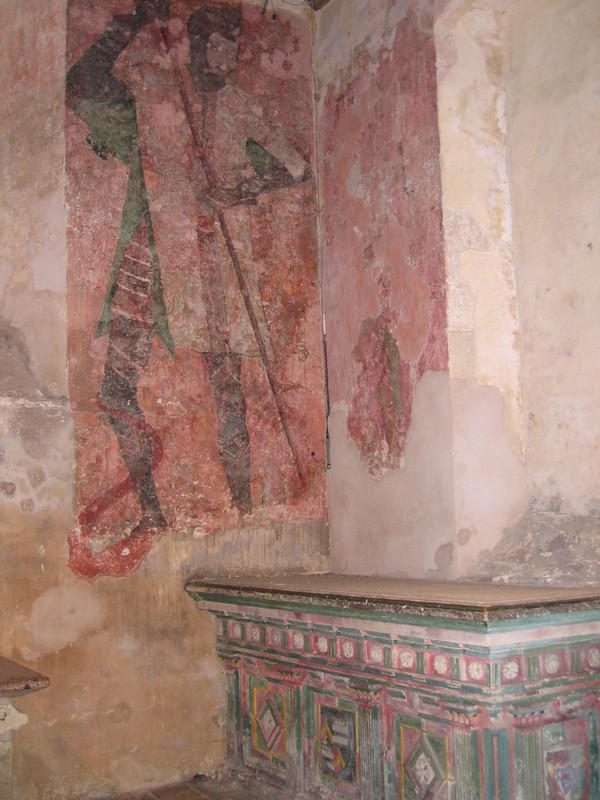 But whatever you do ... don't miss a visit to the chapel. It's really something.

Hold your breath in anticipation and look straight ahead as you enter. To the right of the altar is a wonderful wall painting of St.George and the Dragon. Six hundred years old, it's as vibrant and dynamic as if it's been painted just last week.

Having grown up with austere, white-washed (or overly gilded) churches, I'm fascinated by medieval church decorations. I try and imagine the grand, peaceful spaces painted in all the colours of the rainbow, busy with people trading, chattering and praying, lit only by candlelight... but it's always a bit of a stretch for me.

The wall paintings and beautifully decorated tombs in Farleigh Hungerford's chapel - the eldest is of Thomas Hungerford - the first Hungerford to own the castle - and his wife - really help bring that vision to life.

And if you like it a little more gruesome, then the crypt has some rather unusual - and unusually decorated - lead coffins for you to look at. 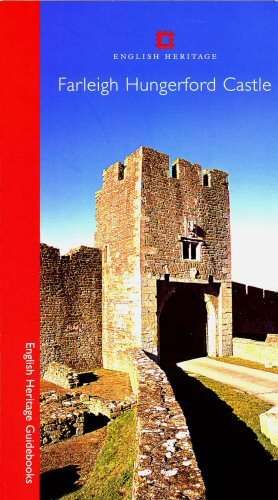