Royal Weddings
The Birth of the Tudor Rose

Weddings are new beginnings, and even amongst many royal weddings this one stands out as a very new beginning indeed. The years of bloodshed poetically named The Wars of the Roses had almost wiped out many of England's noble families, including the great houses of York and Lancaster.

The Lancastrian king Henry VI had been murdered in the Tower of London. His son, Prince Edward, had died at the battle of Tewkesbury.

The Yorkist king Edward IV had died, aged 40, leaving two young sons. His brother took the crown as King Richard III after declaring his brother's children bastards. He then allegedly murdered the two boys, Edward V and his brother, before planning to marry his niece. Rebellion spiralled out of control. Henry Tudor raised an army to march against King Richard, and Richard fell at Bosworth field, fighting valiantly. Now, there was barely anyone left to continue the endless battles.

Henry Tudor, the victor of this last bloody battle, was determined to bring hostilities to a close, to unite the warring factions of Lancaster and York once and for all. And on January 18th, 1486, he did. 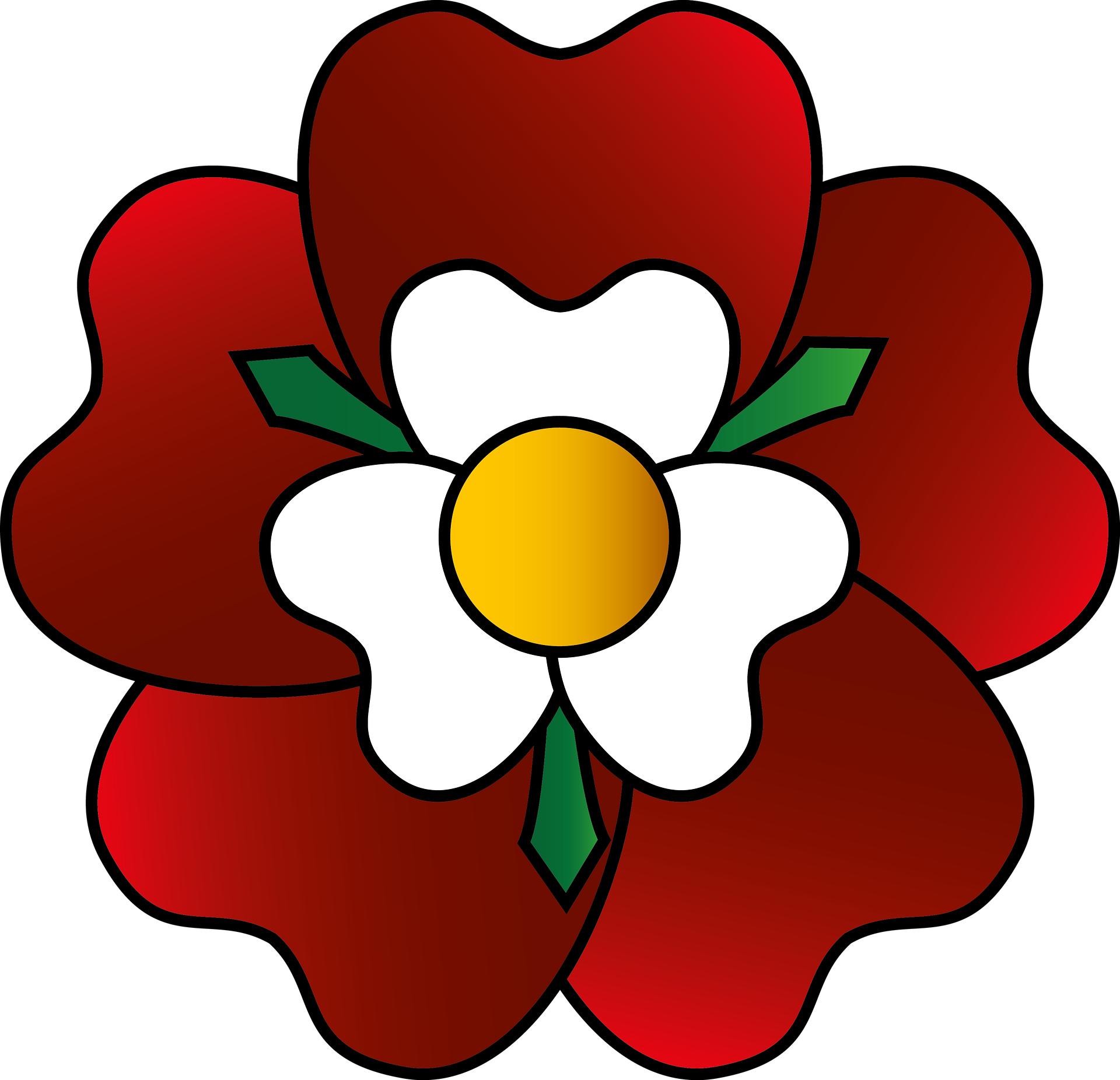 Royal Weddings: The Birth of the Tudor Rose | © Pfeilgiftfeder pixabay.com

The bride, Elizabeth of York, was the eldest daughter of King Edward IV and his queen, Elizabeth Woodville. The groom, Henry Tudor, carried the line of the House of Lancaster through his mother, Margaret Beaufort. And their marriage united the White Rose of York and the Red Rose of Lancaster.

Nobody knows who came up with the idea of merging the badges of the two rival houses into the Tudor rose we all know and love, but it was a great idea to demonstrate unity.

And what of the participants in this most political of royal weddings? It appears that Henry Tudor and Elizabeth of York managed well together. They had to face the loss of their firstborn son, Arthur, shortly after his marriage to Katherine of Aragon, but their second son would rule England as King Henry VIII. And while he would change England like few monarchs in her history, the endless war between two great noble houses was and remained finally over.

Return from the marriage of King Henry VII and Elizabeth of York to the Royal Weddings page to find out more about other royal couples.