Upon his death William the Conqueror divided his lands between his two eldest sons.

Robert Curthose, who had repeatedly risen in rebellion against his father, was invested as Duke of Normandy. William, the Conqueror's second and favourite son, was given the crown of England.

William Rufus, knowing that his elder brother was not pleased with the arrangement and had - technically at least - the better claim, made haste across the channel and was crowned King William II in Westminster Abbey only two weeks after his father's death.

Almost immediately, William was at war with his brother, which continued on and off until 1096, when Robert left Normandy to join the crusade and William took charge of Normandy. 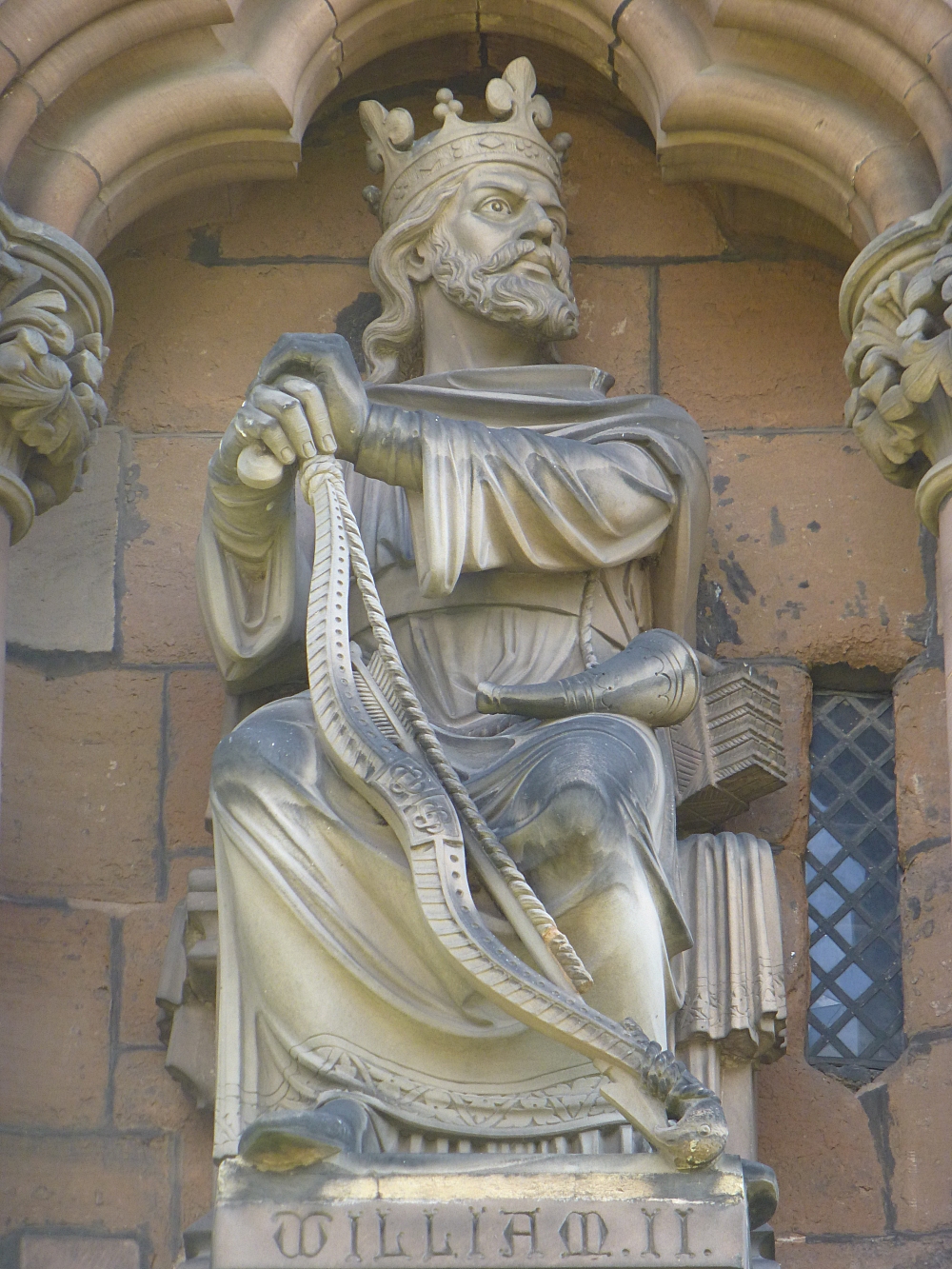 The Figure of King William II Sitting Proudly on the Front of Lichfield Cathedral
@copy essentially-england.com

William Rufus was not a popular king. He is described as red-haired, arrogant, intemperate and coarse. Openly gay and always in need of money, he quarrelled with the church about land, taxes and his dissolute lifestyle.

He was, however, an excellent soldier and very successfully consolidated his father's military successes in England. He fought several campaigns in Wales, extending Norman influence into the Marches, and did battle with the Scots.

His death on 2nd August 1100 gave rise to many conspiracy theories.

William was killed by a stray arrow while hunting in the new forest and his attendants, fearing recriminations, immediately fled from the scene leaving the king's body lying in the woods.

William's youngest brother Henry, who had been one of the hunting party, neither mourned nor buried his brother, but hastened to Winchester to take possession of the royal treasury and then carried on to London to have himself crowned King Henry I.

William Rufus's body, meanwhile, was conveyed to Winchester by farm cart and interred under the tower of Winchester cathedral without any pomp or ceremony.


Return from learning about King William II to the English monarchs page for more information about England's fascinating rulers.