The Kings of Norman England

William the Conqueror, crowned as the first Norman king of England on December 26th 1066, effectively and emphatically ended England's Anglo-Saxon rule. Henceforth, England was to be under the rule of the Normans and their descendants. Though after William the Conqueror's tireless efforts to bring England under his control, he appears to have been less than blessed in his successors. In the years after his death, Norman England saw feuds, fights, rebellion and - finally - its first and very bloody civil war, a time so fraught that historians claimed that Christ and his angels slept.

But that was later. First, William the Conqueror's second son, also named William, took the crown as 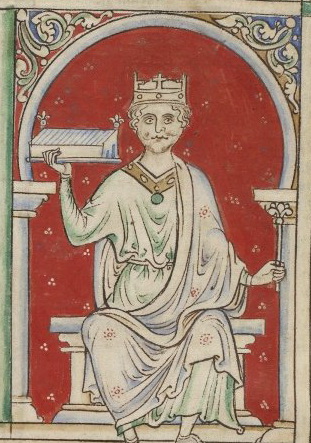 William II, also called Rufus or William the Red on account of his flaming hair, was not a popular king. He fought with his elder brother Robert for the crown and won. Where his father had been pious and respectful of the church, William was the opposite.

By all accounts, William had very little use for organised religion. He liked to live well, had unsuitable friends and, more than anything else, he wanted money. Seeing he kept important church positions vacant for months or even years, before auctioning them off to the highest bidder, it might be understandable why priests all over the country bemoaned his lifestyle.

But being unpopular with the church wasn't enough to unseat William. He was an accomplished battle commander, had his barons well under control, and managed to hold the new realm together by force.

When he died hunting in the New Forest - by popular opinion an accident that could just as easily have been murder - his youngest brother Henry seized the opportunity and the crown of Norman England. 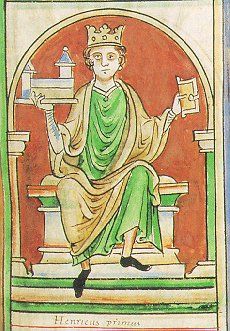 As William the Conqueror's fourth son, Henry grew up with little expectation of ever inheriting a crown. He was educated in the church and showed an aptitude for learning and politics. He also turned out to be quick-thinking and decisive. When his elder brother Rufus died in a hunting accident, Henry immediately made for Winchester and the Royal treasury!

Henry I was one of England's most successful kings. He was learned, just and energetic. He consolidated Norman rule in England and expanded his influence into Normandy. Most of all, he tried to make peace with the church and the people whom his brother had treated unjustly.

But Henry I's death in 1135 almost spelled death for Norman England, by sparking a vicious civil war. The reason? Henry's only legitimate son had drowned in the White Ship disaster in 1120 and Henry I had forced his barons to recognise his only daughter Matilda as his heir.

A woman ruling Norman England? The barons didn't think so. And while Henry may have been able to enforce his will while he was alive, when he died it was an entirely different matter. Matilda was not on the spot to claim her crown when her father died and the Norman barons instead choose Henry's nephew Stephen of Blois as his heir. 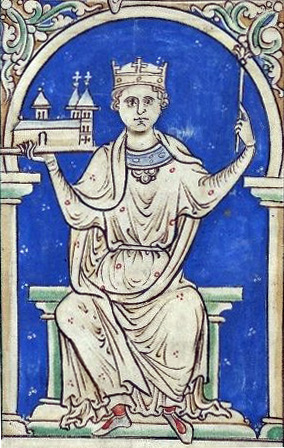 King Stephen, the late King Henry's favourite nephew, was a much more palatable choice to England's Norman barons than Henry's imperious and arrogant daughter. He was genial and friendly and handy on the battlefield.

But Matilda was her father's daughter and not one to give in easily. She brought troops to England to fight for her rights and her crown, drawing part of the country's barons to her standard.

Fifteen years of civil war ensued. Stephen, who was quick to anger but just as quick to forgive was forever plagued by betrayals. And brought up not to regard women as enemies, he had no idea what to make of Matilda. When he caught her, he chivalrously sent her on her way. When she escaped him, he laughed.

And meanwhile, the war raged on. Matilda was much less forgiving. When she caught Stephen at the Battle of Lincoln, she held him in chains. But being ungrateful in triumph and arrogant in defeat endeared her to no one. And eventually she left Norman England and her fight, never to return. Her eldest son Henry took up her mantle and - when Stephen's son Eustace died - agreed to a truce in exchange for the crown when Stephen died.

England under the Norman and Angevin Kings

covers the period from 1075 to 1225 and is a wonderful introduction to Norman England. Few books take you back into the period with as much verve as this book does.

You'll emerge from your visit with a much better understanding, not just of the politics and power struggles of the time, but also of the life, believes and daily struggles of anyone from king to peasant.

England Under the Norman and Angevin Kings is also available from amazon.com

For more information about all things Norman, return to the Norman England page.