When you're planning a short visit or a longer holiday, it's useful to learn a few facts about England first. It will help you understand the people and customs more easily and will make your visit more enjoyable.So here I've listed a few things every traveller should know...

England perches on the western edge of Europe. It is part of the United Kingdom of Great Britain and Northern Ireland and is variously called England, Great Britain, Britain or the UK.

The name "England" is most often used by the English themselves and to distinguish this part of the country from Wales, Scotland or Ireland.

England has a history stretching back 6000 years and many historical monuments to prove it. But it's also a young, vibrant, dynamic country, blessed with a superb countryside and attractions galore.

Hiking, golf, riding, cycling and mountain-biking are popular past times, as are more adventurous forms of sport such as caving, climbing or diving.

All of England is on the same time zone: Greenwich Mean Time. That's the same time as Iceland and the Cap Verde Islands. And we do practise Daylight Saving Time during the summer months, so come March, the clocks are put forward one hour until the end of October, when they go back to GMT.

There's more information about time zones and daylight saving time on the time in England page.

The capital of the United Kingdom (and also the capital of England) is London, which is in the south-east of England and has a history reaching back to Roman times.

London is one of the largest cities in the world with approximately 7 million inhabitants. It's also an important trade and financial centre.

Other large cities in England are Birmingham, Sheffield and Manchester in the heart of England, Liverpool and Bristol on the western coast, and Leeds, Newcastle and York in the north.

The English famously talk a lot about the weather ... that's because it changes so often and so easily. The reason for this is England's location, right at the edge of Europe.

Generally, the climate is mild and damp. It rains quite a bit and temperatures rarely drop below freezing. Essentially England's guide to the weather in England will tell you want to expect from our climate at different times in the year, helping you to plan your trip.

England's landscape is amazingly varied. It's one of the things I like so much. You drive for an hour and suddenly the countryside around you has a completely different flavour.

England's position at the edge of Europe means that geologically it's been through a lot of upheaval. Over millions of years mountains were raised and sank back into the sea, volcanoes erupted and massive ice sheets covered the country.

All these have helped create the landscapes of England:

Throughout its long history, England has been a nation of fishers and farmers.

No point in England is further than 80 miles (120km) from the coast and along this varied coastline all manner of fish are landed, from herrings in the north-east, to shrimps in Morecambe Bay in the north-west, with oysters, shellfish, flat fish, cod, salmon and trout all along the coast.

The fertile lands in between have been farmed since ancient times, but with the coming of the industrial revolution more than just the landscape changed.

From the cradle of industry in Ironbridge Gorge in Shropshire, manufacturies soon spread throughout the country. The Black Country, south of Birmingham, became famous for iron works. Coal was mined from Nottingham to Yorkshire. Sheffield made steel and Stafford pottery. Manchester, Bradford and Leeds produced cotton and cloth. Ships were built along the river Tyne in the north-east. And Swindon built trains.

But many of these old industries have now gone and the country, and its landscape are changing once more.

Ready to plan your trip?
Return from Facts About England to the England Travel Tips page.

Alternatively, you may find the following pages helpful 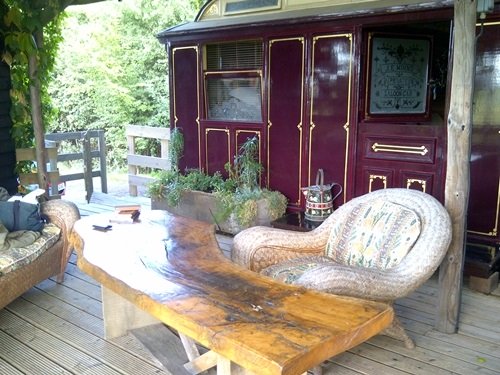 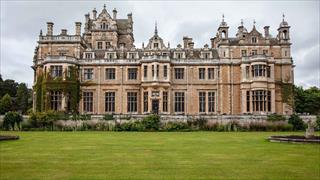