Clun Castle in rural Shropshire sits high upon the hillside protecting the town of Clun. It is well worth the short steep climb up to the top of the motte for the fine views of the town and surrounding countryside.

After the Norman invasion of 1066, the Welsh Marches - the lands along the boundary between England and Wales - were divided between some of King William’s keenest supporters. They became the Lords of the Marches with the right to build defensive castles and rule their own land. Many Marcher castles were built to show Norman domination in the area and to try and control the English-Welsh border.

The Stone Castle Ruins on Top of the Motte in Clun © essentially-england.com

Picot de Say was given the largest share of the land that surrounded Clun, and around 1100 he built Clun Castle to guard the Clun valley and its river. Originally it would have been a typical Norman motte and bailey castle with banks and ditches and wooden defences, but over the years these were replaced with more protective stone buildings. By the mid 1100’s the castle passed into the Fitzalan family through the marriage of Isabella de Say and William Fitzalan of Ostwestry. 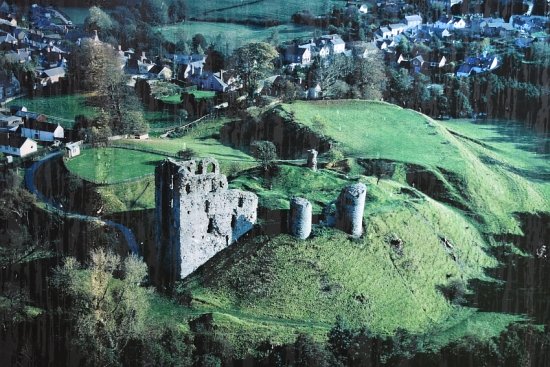 Aerial view over Clun and its ruined castle - taken from English Heritage information board
© essentially-england.com

The Marcher castles, including Clun, were supposed to showcase the dominance of the Norman rulers of England, though that didn’t stopped the Welsh (or irritated English kings) from attacking them. Clun Castle was taken in a suprise attack by King John's forces in 1215, but resupplied and garrisoned with extra troops, withstood an attack by Llewellyn in 1233 that destroyed the town. 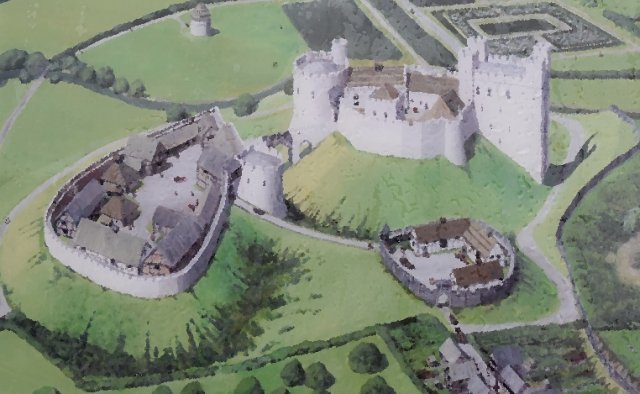 Artist impression of the castle (around 1300)
from an English Heritage information board © essentially-england.com

In the late thirteenth century, Richard Fitzalan inherited the title of Earl of Arundel and with it vast areas of land in Southern England. It was probably Richard Fitzalan who built the great stone tower we see ruined today as a sign of his wealth and power. Unusually, the tower is built into the slope of the motte which would have made it easy to undermine during an attack. It’s height of around 90 feet would have dominated the castle and it would have provided luxury surroundings for the Lord, his family, and guests. The lower two floors of the tower are below the top of the motte and would have been used for storage and by the servants. 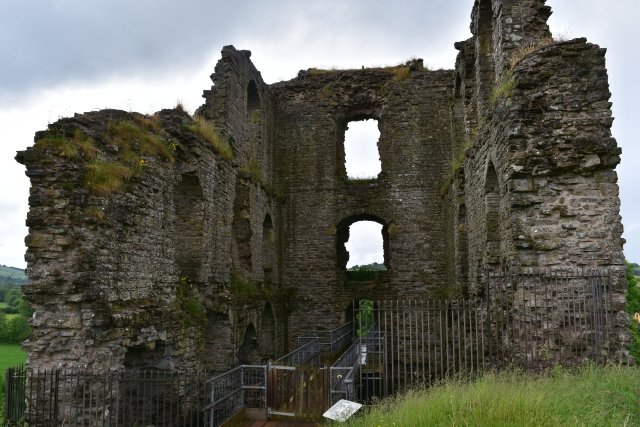 In the 1300’s the landscape around the castle would have looked very different from today’s farmed hill sides. North and west of the castle was the large Clun Forest in which the Lord and his guests would go hunting. To the south, on the other side of the river was the pleasure park with its orchards, fishponds, and dovecotes which would have provided food for the castle.

As the years went on the Fitzalan family spent more and more time at Arundel Castle while the castle in Clun became their country hunting lodge. Sadly, due to neglect the castle was classed as a ruin in 1539.

View over Clun from the Motte
© essentially-england.com

Clun Castle is still owned by the Duke of Norfolk who is from the Fitzalan-Howard family, but it is now under the care of English Heritage. If you would like more information on the castle you can visit their website here. 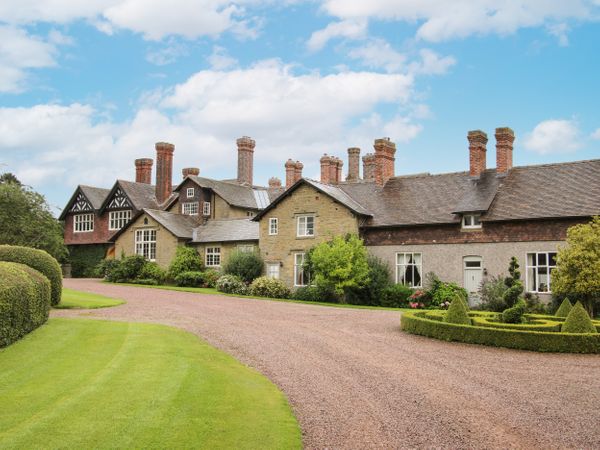 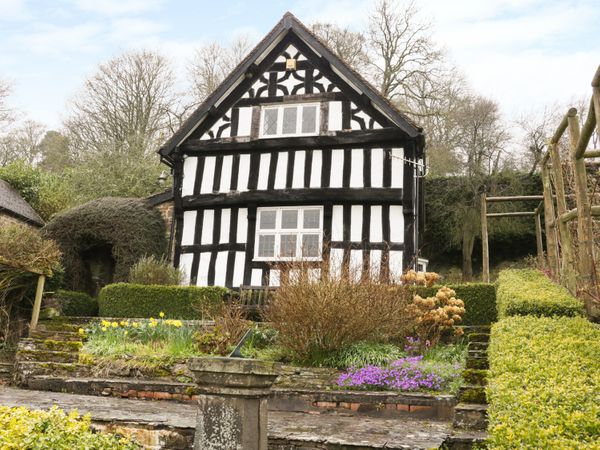 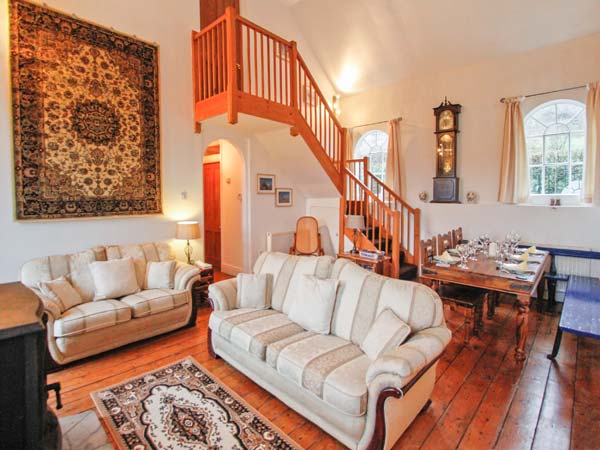 
If you enjoyed reading about Clun Castle you could read about its effect on the town of Clun or return to the what to do in Shropshire section.


Bring the Welsh Marches to Life