Hound Tor
Home of the Hound of the Baskervilles

Anyone who has read Sir Arthur Conan Doyle's novel The Hound of the Baskervilles should feel a pleasurable shiver down their spine at the notion of a visit to Hound Tor. Similarly, anyone who has read or heard the local stories of ghost dogs, hell hounds and assorted canine apparitions should find their hair standing just a little bit on end.

Hound Tor and its tales were one of the inspirations for Conan Doyle, who brought his famous detective hero Sherlock Holmes to Devon to solve the mystery of a man supposedly killed by a ghostly, ferocious hound. Holmes' rational approach soon proved that the murder was far from supernatural, and... well, you will need to read the book to find out the rest.

Conan Doyle was given the idea for the story by a Devonian friend, who brought him to see Hound Tor and tour Dartmoor more widely in 1901. He knew some of the stories of haunted Dartmoor, in particular that of the local 17th century squire Sir Richard Cabell, who is buried in Buckfastleigh Church, south of the moor. Cabell was a frightening figure, known for his passion for hunting and widely believed to have murdered his wife and made a pact with the devil.

His story became mixed up with one that is quite common across Britain, the notion of a pack of ghostly or hellish hounds which come sweeping across moors and lonely places at night with a demonic huntsman. This 'Wild Hunt' snatches up anyone in its path and even to see it is extremely unlucky.

On a misty day, Hound Tor can feel wonderfully haunted. Only part of this is to do with Conan Doyle, however. More concrete and visible are the remains of a medieval village on the slopes of the tor, whose last inhabitants left or died during the early 15th century.

The building foundations and low grey walls that survive are of 13th century farmsteads, and the people who lived in this lonely place made a success of farming for at least two centuries there. But plague and climate change, which made the moor colder and wetter in the late Middle Ages, are thought to have put an end to their settlement, along with a number of others across Britain's uplands. 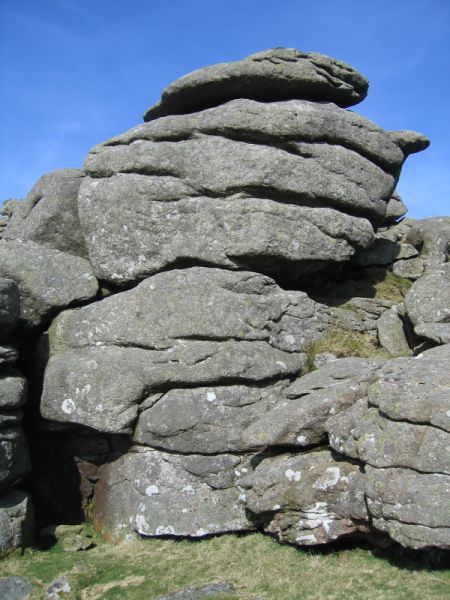 This village can be reached by a half mile walk from the car park. If you park at Jay's Grave, pause to see the always fresh (and so far unexplained) flowers on the grave of the 19th century suicide Kitty Jay.

The tor itself is a spectacular pile of granite towers, one of the most castle-like of Dartmoor's tors, which is saying quite a lot! In the autumn and winter its slopes are red with bracken, which dies back in the colder months and makes a perfect contrast to the grey rocks.

In spring and summer you will find wildflowers among the grass and green ferns, and there is particularly spectacular bluebell field at Holwell Lawn for a few days every spring. You have to be just at the right time to catch that sight, though. 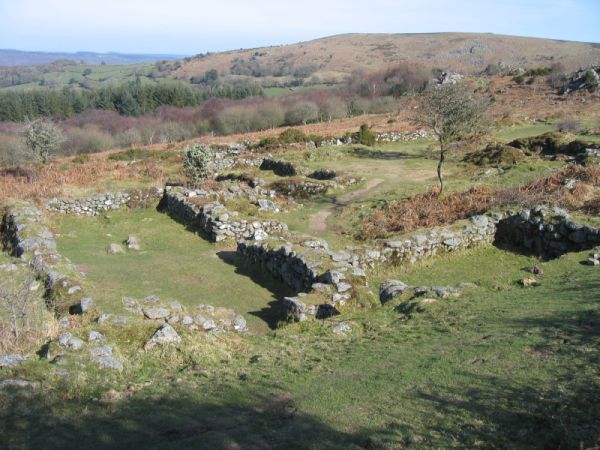 Remains of the deserted medieval village on Hound Tor
© essentially-england.com 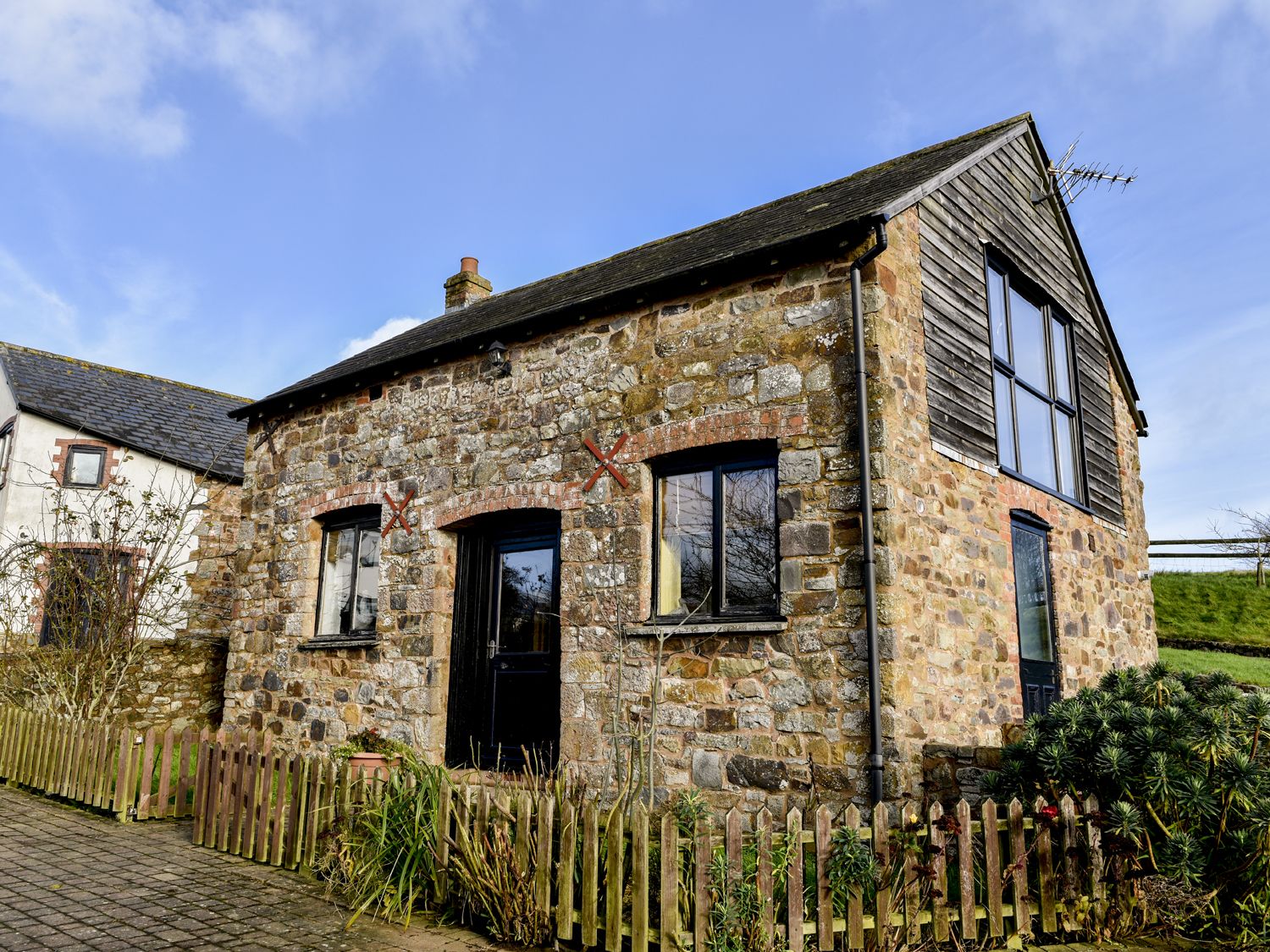 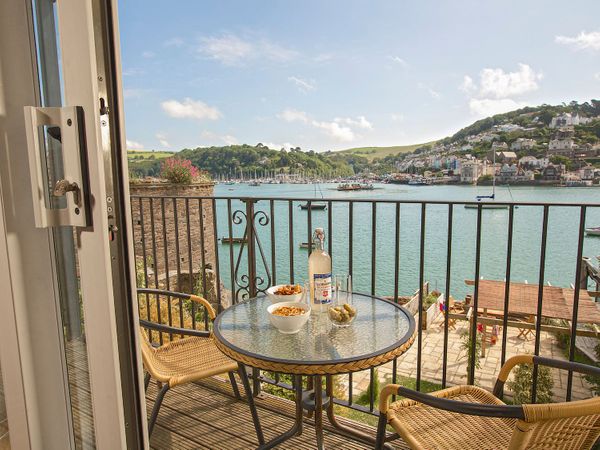 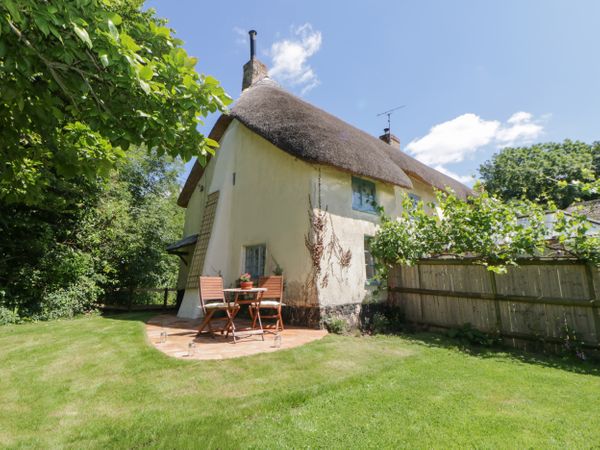 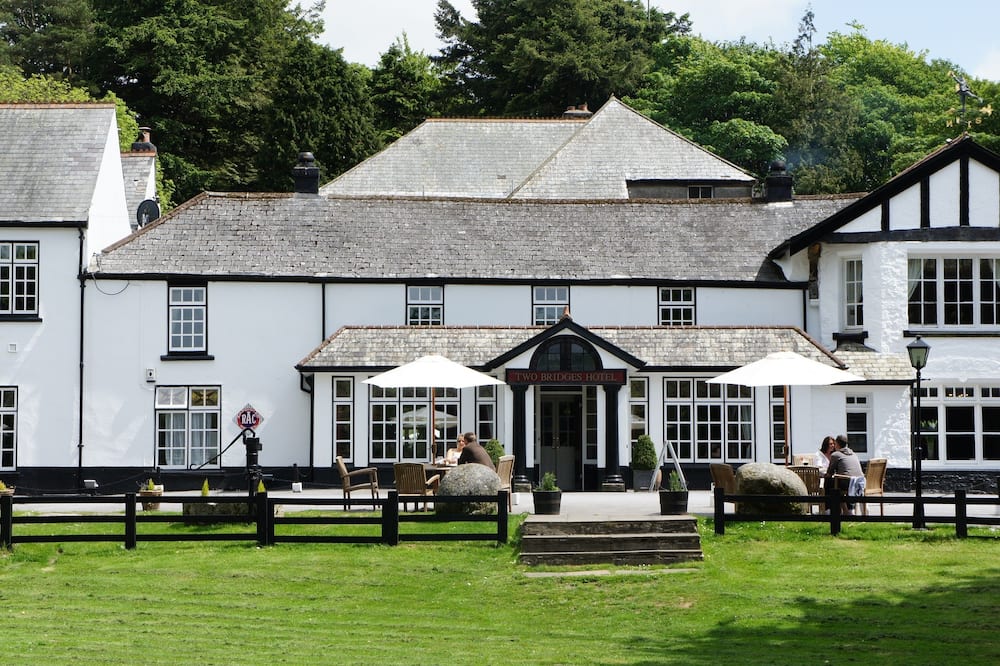 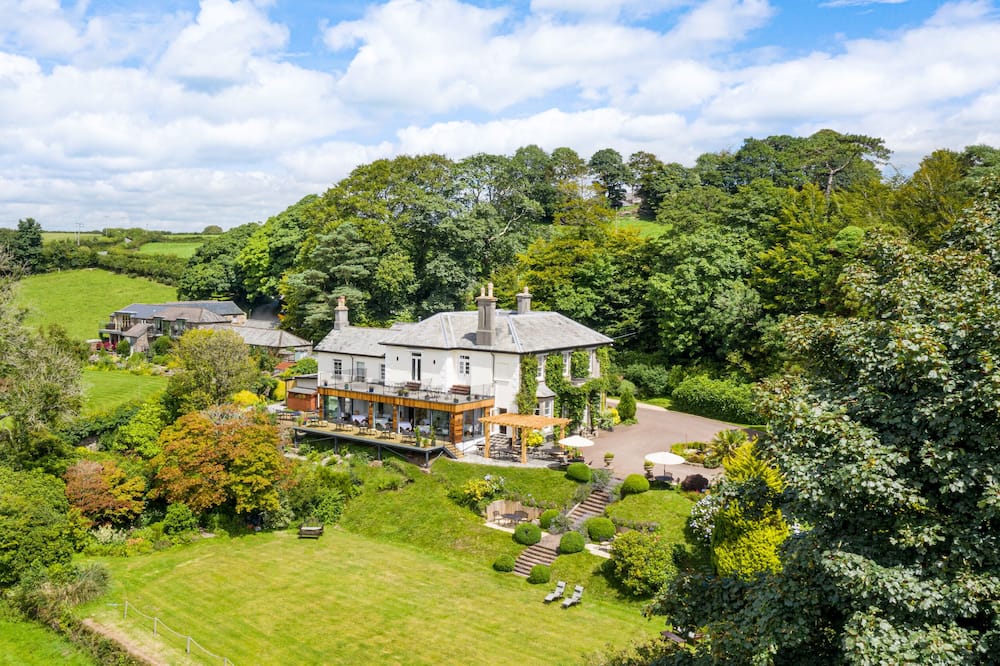 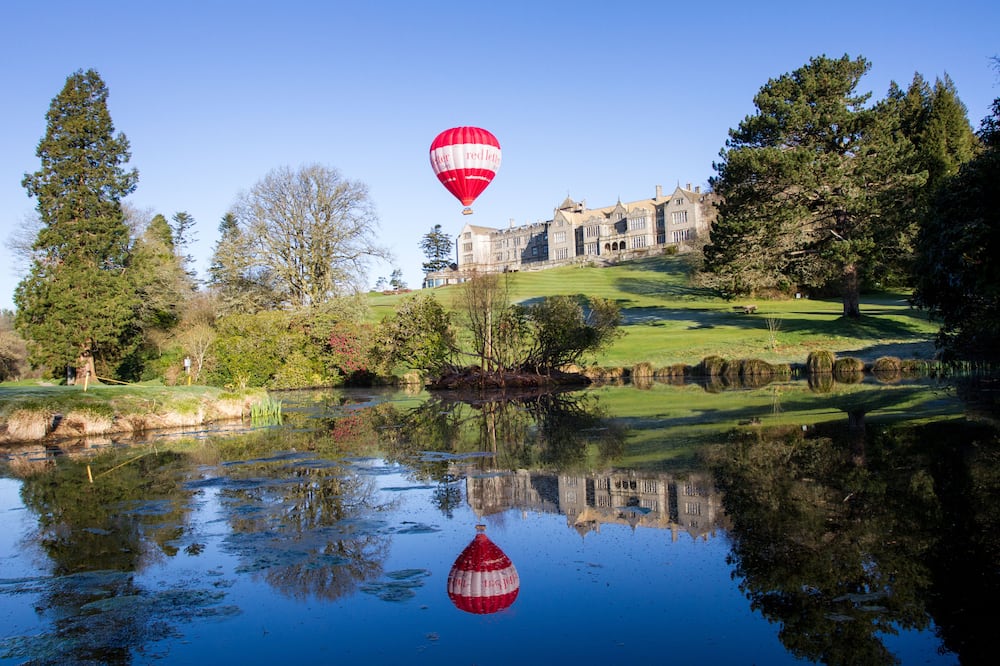 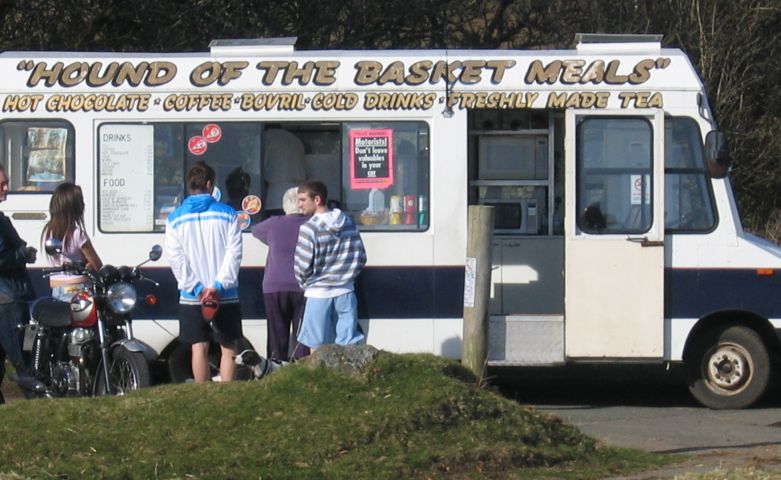 Return to the Devon page for more holiday inspiration. 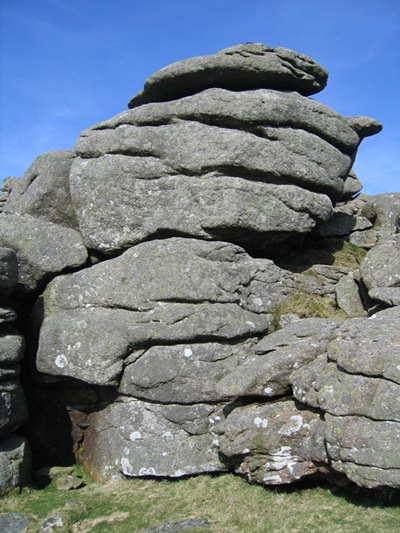 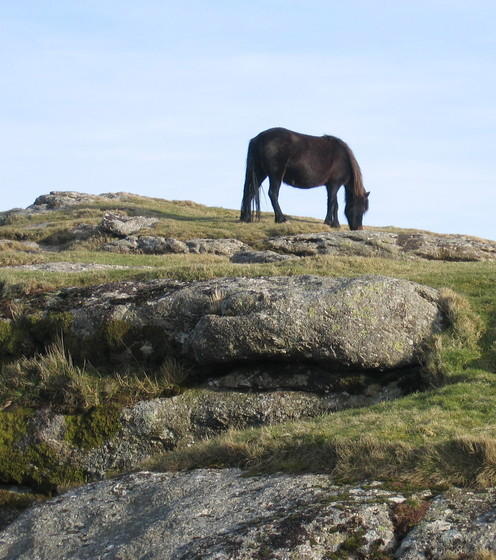 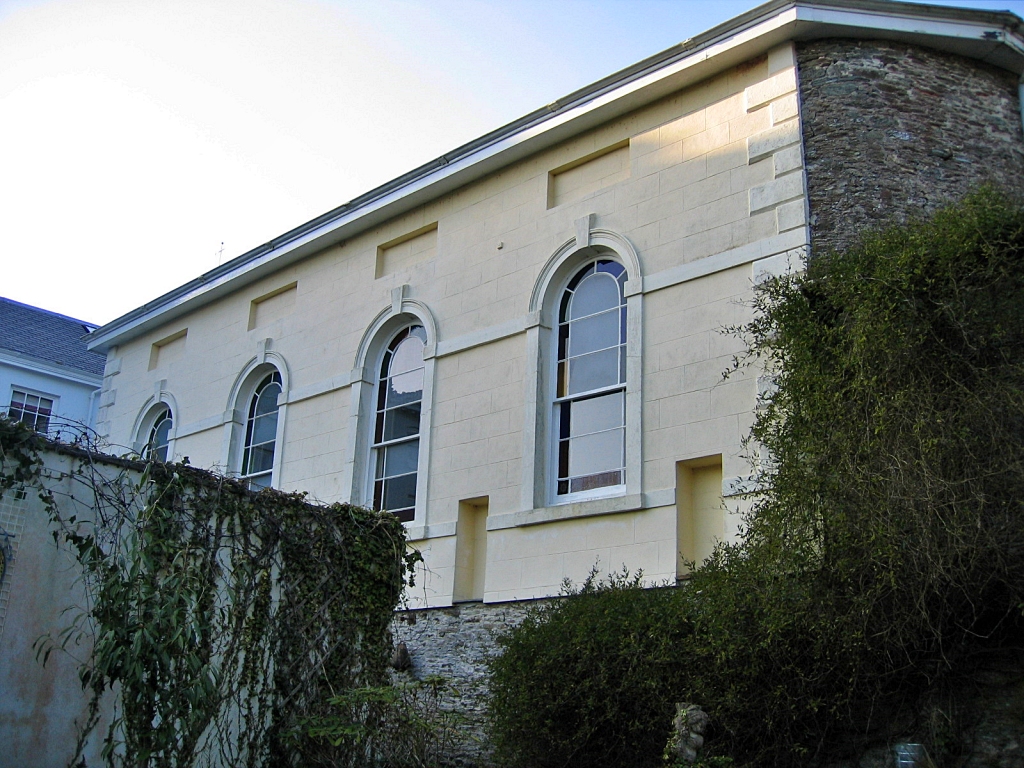 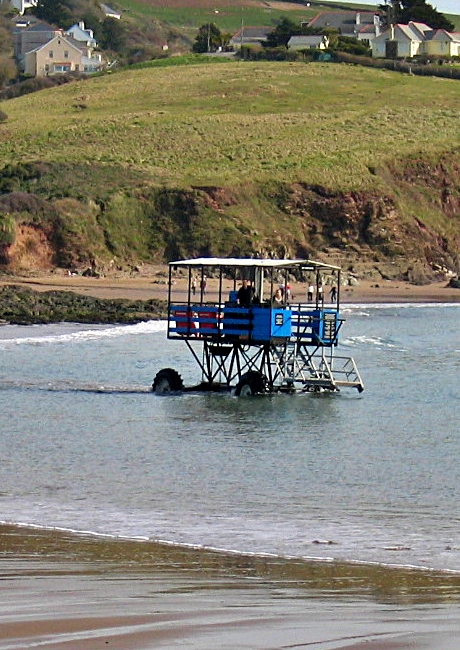